MADRID -- Novak Djokovic defeated Hubert Hurkacz 6-3, 6-4 in the quarterfinals of the Masters in Madrid.

MADRID -- Novak Djokovic defeated Hubert Hurkacz 6-3, 6-4 in the quarterfinals of the Masters in Madrid. 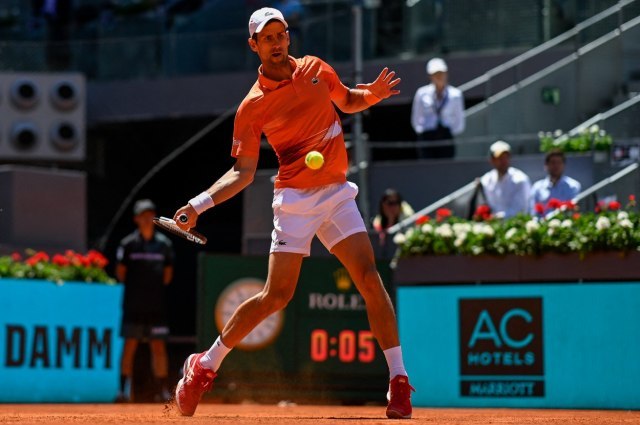 The match lasted a little more than 90 minutes, and it started with a safe game by Novak Djokovic, who won the first game on his serve without losing a point, and immediately made a break in the second and confirmed it in the third.

It took the Pole a little time to consolidate, but he smoothly lost the first three games, so returning to the match in the first set was an almost impossible mission, because Djokovic played fantastically and won the set with 6: 3.

The second set was much more tense than the first. Hurkacz showed the strength of the first serve and caused great problems to Novak Djokovic, and after four games played, the score was tied to 2: 2.

However, in that fifth, he followed through the big mistakes of Hubert Hurkacz, which resulted in a break after which the Serbian tennis player cruised towards victory. He had a chance to take a break with a 5: 3 lead, but Hurkacz still successfully returned and extended the match for at least one more game.

Djokovic served for the victory and it was something he could not miss, so he won the second set with 6: 4 and thus the match and secured a place in the semifinals.

Djokovic and Hurkacz's match will be followed by a duel between Rafael Nadal and his "successor" Carlos Alcaraz.

The winners of these two matches will meet in the semifinals of Madrid.