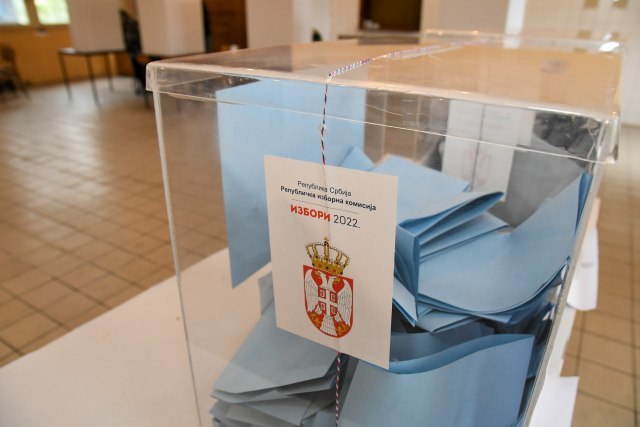 Based on 89.68 percent of polling stations processed by the Republic Election Commission (RIK), the coalition gathered around the SNS "Together we can do everything" won the most votes in the parliamentary elections, with 43.67 percent.

According to those data, the coalition "United for Serbia's Victory" is second, winning 12.89 percent, and the list "Ivica Dacic - Prime Minister" is on the third place with 11.72 percent of votes.

When it comes to national minority lists, the Alliance of Vojvodina Hungarians currently has 1.75 percent, the Mufti's legacy 0.97 percent, Together for Vojvodina 0.63 percent, SDA Sandzak 0.59 percent, Alternative for Change 0.1 percent, Coalition of Albanians 0,29 percent, the Roma Party 0.17 percent and the Russian Minority Alliance 0.25 percent.

Republic Election Commission publishes the results of the elections in real time based on the received data from the polling stations on its website.