Russia on the turning point?

In the midst of tensions between Russia and the West and the accumulation of weapons around Ukraine, every message from both sides carries special "weight".

Russia on the turning point?

In the midst of tensions between Russia and the West and the accumulation of weapons around Ukraine, every message from both sides carries special "weight". 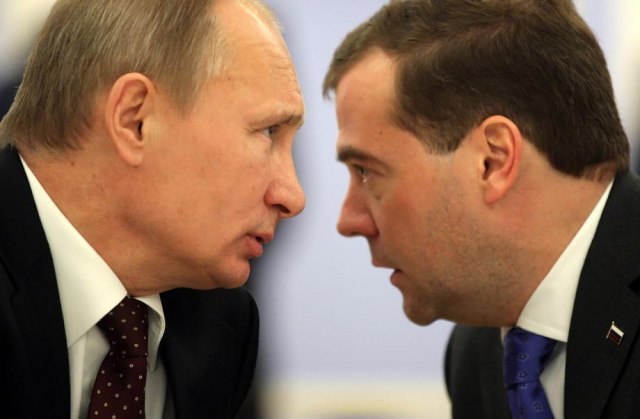 Former Russian President, and now the vice president of the Russian Security Council, Dmitry Medvedev stated that the process of negotiations on security guarantees is the only way to resolve the current situation.

"To avoid war, you must negotiate", he added.

"There must be no war in any way, no one is asking to start a war, and everything must be done to avoid any kind of war," Medvedev told Russian media, as reported by the TASS news agency.

In that sense, he emphasizes that the most important and "only option is to negotiate security guarantees, including political and diplomatic means", as well as the use of the principle of indivisibility of security in mutual relations, which is included in all European and international fundamental documents, which suggests that no one can strengthen its security to the detriment of the security of another country.

Medvedev, however, pointed out that there are people who make profit on tensions and stories about the war scenario. Speaking about the documents on security guarantees that Moscow handed over to the USA and NATO, Medvedev said that those documents are very concrete and specific, and that they reflect the concerns of official Moscow.

"It is not just about Ukraine or any other country, but about the real danger to the national security of our country," said the vice president of the Security Council. If, for example, Ukraine joins NATO, he adds, a new military base with new offensive weapons would appear immediately on the border with Russia.

"In such conditions, we would end up in a very complicated geopolitical situation, and we must certainly take that into account. That is what the documents are about, which were made and handed over to the American side", he said.

He also notes that NATO is failing to keep its promise of non-expansion to the east and has moved to Russia's borders.

"They promised not to expand NATO, but they did not keep their promise. They say 'we didn't sign anything?' But we all know very well who gave such promises and such assurances and on what occasion," Medvedev emphasized.

Yesterday, the United States and NATO sent Moscow a response to Russia's proposal regarding the document on security guarantees.