BELGRADE -- Minister of Education, Branko Ružić, said that there was no extension of the winter holiday for students.

BELGRADE -- Minister of Education, Branko Ružić, said that there was no extension of the winter holiday for students. 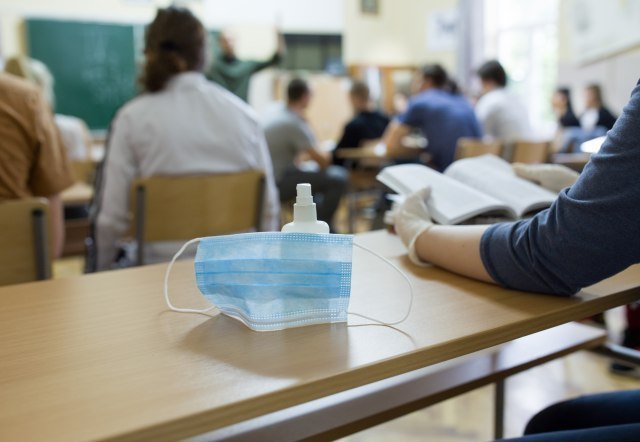 He said that official information on the teaching models for next week will be published on Thursday.

He said that the desire to prepare the school system in the right way is due to the epidemiological situation.

Ruzic stated that out of the total number of infected, a part of the population that was of school age until January 11 was 2.8 percent with a tendency to grow.

He stated that the School Team, which met today, has not yet made a final decision, but added that students from the first to the fifth grade will certainly attend classes in schools.

He mentioned that students up to the fifth grade will attend regular classes, while high school students will implement combined educational method.

When it comes to students from the fifth to the eighth grade, Ruzic said that it will be known tomorrow which grades will attend classes with a combined model, online and in classrooms.

Ruzic mentioned that the influence of the flu on the situation with the coronavirus will lead to the final decision on attending classes.

"We have heard in the media various theses of diverse associations that rightly express fear, but we need to talk about it in the right way. The education system employs 150.000 people, including the faculties, we have 1.200.000 children. All those who give certain statements in the media sometimes disregard the bigger picture", he said.