MELBOURNE -- Novak Djokovic is currently fighting in Melbourne to stay in Australia and play at the Australian Open, the first Grand Slam of the year.

MELBOURNE -- Novak Djokovic is currently fighting in Melbourne to stay in Australia and play at the Australian Open, the first Grand Slam of the year. 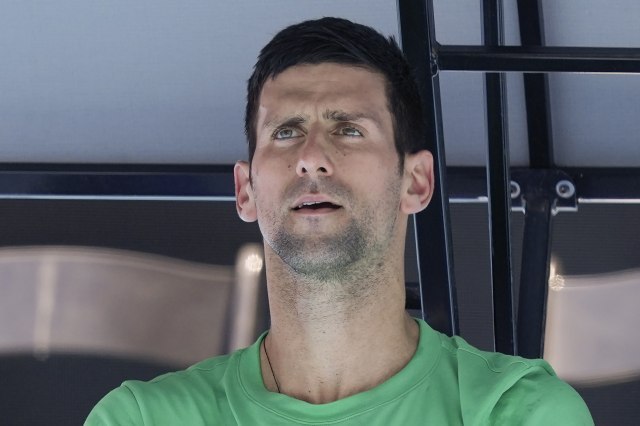 Justice David O'Callaghan has held a procedural hearing in the Federal Court over Novak Djokovic's visa cancellation and deportation. It started at 10.15 am AEDT (Australian Eastern Daylight Time).

He says the purpose of the hearing is to deal with confirming Judge Kelly's order transferring the case from the Federal Circuit Court to the higher Federal Court. Secondly is to deal with procedural issues.

Thirdly, he says the Chief Justice has asked him to find out from them if they think the proper jurisdiction is a single judge, or a full court. Justice O'Callaghan says a full bench could be convened tomorrow.

Mr. Holdenson said there's an affidavit in support of the application being prepared. Ordinarily that wouldn't be made publicly available until it's been read by the court - essentially not before tomorrow's hearing. But he's not opposed to it being made public today.

Judge O'Callaghan says the other procedural matters are confirming Djokovic's application be filed an served by midday today, and the government's response by 10 pm. There's also to be a decision on time limits for the hearing. Yesterday 60 minutes was suggested.

Stephen Lloyd says the government is opposed to a full court referral as there's no justification for it. "In the normal course, any party has a right of appeal. Having the matter referred to the full court would remove any party's right to appeal."

A decision of a single judge in the Federal Court can be appealed to a full bench of three judges. Djokovic's lawyers support full court (three judges), the government is against it.

Holdenson confirmed: "I think three judges is appropriate. That matter can be dealt with, in our submission, by a full court."

Justice O'Callaghan says the parties will be notified later this morning whether it'll be one judge or three.