Vučić has a message for the Prime Minister of Australia: "Why are you harassing him?"

Vučić has a message for the Prime Minister of Australia: "Why are you harassing him?" 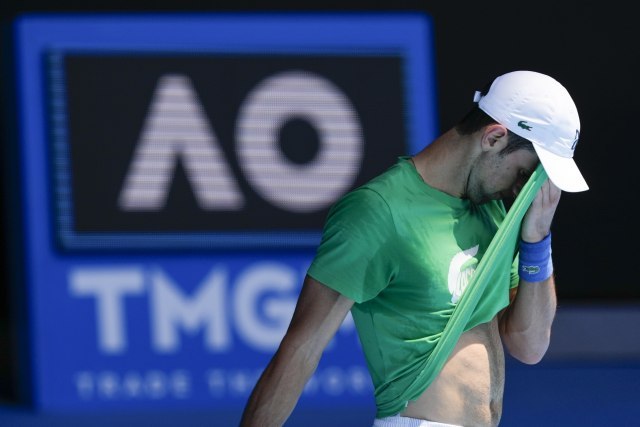 He supported Serbian ace Novak Djokovic through the published video and responded to the Prime Minister of Australia to his latest decision to cancel the visa for our tennis player.

"They could never take away our heart and dignity," Vucic said regarding Djokovic. He said that the attacks and pressures on Djokovic, for unknown reasons, are taking on such proportions that it was impossible not to make a statement about it...

"If you wanted to ban Djokovic from winning the trophy for the 10th time, why didn't you return him immediately, why didn't you tell him it was impossible to get a visa? Why are you harassing him?" he asked.

"They often preach to us about the rule of law. You can imagine what it would look like if a minister in Serbia could annul the decisions of judges, i.e. valid judicial bodies," said Vucic, adding that "they may have shown us how an independent judiciary looks like, but above all it looks like a redundant judiciary because all power is in the hands of the executive authorities".

"A president from a small country has appeared who can say that to a great prime minister from a large country. You know why I can, because I am telling the truth and because you know that I am telling you the truth," Vucic said.

He pointed out that "Serbia will be with Djokovic and be able to respond to you by behaving much better than you did to Djokovic, by respecting international customs and respecting everything that means adequate representation of one state," Serbian president said.

"We will fight for Novak Djokovic and the fact that you will harass him for a day, two or five more or less will not change the sentiments of our people towards the people of Australia that we highly respect and appreciate, but also towards Novak Djokovic," said Serbian President.

"You can write hundreds of thousands of worst articles about Djokovic, he will remain the greatest tennis player of all time, and we will firmly keep him in our hearts", Vucic said.

"And you who think that you are achieving something by harassing him, you will never reach not only Novak Djokovic, but any ordinary man, both of our and your proud and dignified people."

"Long live Serbia, Novak, we are with you," Vucic said.

Let us remind you, earlier today, the State Secretary for Foreign Affairs of Serbia, Nemanja Starović, also spoke up.

He told the BBC that the current treatment of the Australian authorities towards Djokovic could disrupt relations between Australia and Serbia.

After the session of the Crisis Staff, during the address to the media, the CNN journalist touched on the topic of Novak Djokovic and the document that was published.

The document showed that Novak Djokovic was positive for coronavirus.