No sleeping - Djokovic has a long day ahead of him

No sleeping - Djokovic has a long day ahead of him 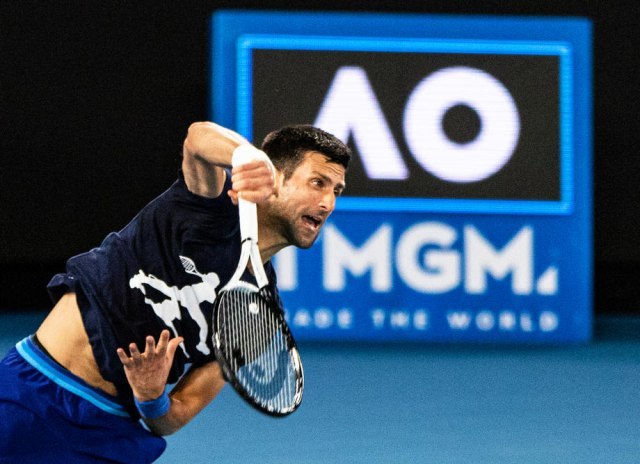 Prior to this, Djokovic will give a statement to the border police at 10 pm local time.

Novak Djokovic v Minister for Immigration, as the case file is known, was officially transferred from the Federal Circuit Court to the Federal Court of Australia late Friday night local time.

The case will now go before Justice David O'Callaghan in the Federal Court. A hearing has been scheduled for 10.15 am tomorrow (00.15 am CET).

The core argument of Djokovic’s lawyers against Mr. Hawke’s decision are that the move was ‘patently irrational' and based on reasons completely different to those behind Djokovic’s visa being rejected for the first time.

Djokovic’s visa was initially rejected by a Border Force official on the basis that his application for medical exemption to vaccination – based on having contracted the virus in December – was not valid.

But Djokovic’s lawyer, Nicholas Wood, SC, claimed the minister’s reasons for cancelling Djokovic’s visa on Friday were based on the potential of Djokovic “exciting anti-vax sentiment” if he was allowed to remain in Australia and compete.

Wood claimed that reasoning “stands in stark contrast to the reasons that were promulgated by the delegate at the airport”. He later added the minister had taken a “radical new approach” and a “radically different approach”.

Wood also argued the minister had not considered in his decision what effect the opposite decision – cancelling Djokovic’s visa and deporting him – would have on anti-vax sentiment in Australia.

He claimed that not considering that scenario was “patently irrational”.

Wood added: “We are where we are because of the time the minister has taken. We are moving as fast as we can.”

Even if everything goes well, Djokovic will be in trouble with time frame.

After the hearing on Saturday and the trial on Sunday, the Serbian ace would have to go out on the court on Monday to play the first round match with Miomir Kecmanović.

The world no. 1 has 48 hours to solve the problem. Will he manage to do this?