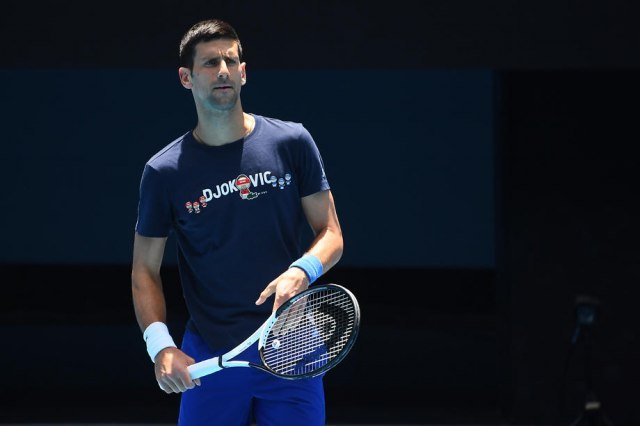 Immigration Minister Alex Hawke has enacted his discretionary powers to cancel the Djokovic’s visa for a second time, overruling the decision made in the Federal Circuit Court earlier this week.

Djokovic's legal team prepares to file for an immediate injunction against the decision.

The announcement was made later on Friday, so it minimises the amount of time Djokovic has to injunct the decision.

At 6.30pm, Djokovic’s lawyers were still considering their options and a potential legal challenge. His team were served documents at 6.03 p.m., after the decision was announced by Mr. Hawke at 5.53 p.m.

The Age has reported that an appeal would be heard by Federal Circuit Court Judge Anthony Kelly - the same judge who initially overturned the initial cancellation of Djokovic’s visa - though he could refer it to the more senior Federal Court. A justice is reportedly on standby to preside over the case.

The newspaper wrote that Djokovic’s legal team are hopeful the case can be fast-tracked by minimising the length of written submissions and verbal evidence, in the hope of reaching a Sunday or even Monday decision which would allow Djokovic to defend his Australian Open crown.

Govt currently talking with his lawyers, per @Gallo_Ways

He will be staying out of detention until the interview and pending any legal action @theage https://t.co/Q8IUDnMhLG