Details of the conversation came to the surface - Biden threatened, Putin responded

Details of the conversation came to the surface - Biden threatened, Putin responded 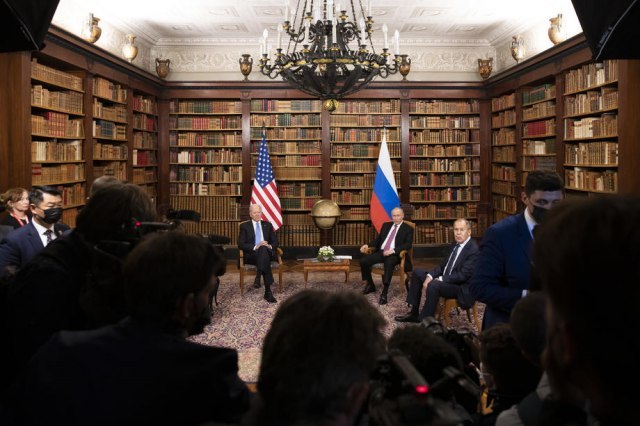 He warned of "strong economic and other countermeasures" that would follow if Moscow starts a military conflict, the White House said.

"President Biden has expressed deep concern of the US and our European allies over the increase in Russian forces around Ukraine and made it clear that we will respond with strong economic and other measures in the event of military escalation," the White House said in a statement.

According to the statement, Biden reiterated his support for the sovereignty and territorial integrity of Ukraine and called for the reduction of tensions.

The two leaders held a video meeting today that lasted more than two hours, during which they discussed Ukraine and other disputes in US-Russian relations, which, according to the British agency, have fallen to the lowest point since the end of the Cold War.

Putin called on Biden to stop the practice of shifting the responsibility for the escalation of the situation around Ukraine to Russia, and he assessed the whole conversation as honest and businesslike, the Kremlin announced.

"Vladimir Putin emphasized that it is inadmissible to direct responsibility towards Russia, because NATO is the one who makes dangerous attempts to use the territory of Ukraine to build its military potential near the Russian borders," the statement reads, TASS reports.

The Kremlin, which said before today's meeting that it did not expect any progress, denied that it intended to attack Ukraine and stressed that Russian troops were defensive, and Putin and Biden agreed that their teams would monitor the situation.

The two presidents also discussed bilateral relations, and Putin assessed that the cooperation between the two countries is "in an unsatisfactory state".

"The parties discussed bilateral issues, and co-operation remains unsatisfactory," the Kremlin said in a statement.

According to the statement, the presidents of Russia and the United States also discussed today the implementation of the decisions made during the Russian-American summit in Geneva in June.

"Leaders believe it is important to preserve the spirit of Geneva while dealing with problems and issues between the two countries in the future," the Kremlin said in a statement.

Both sides expressed expectations that Biden and Putin will soon be able to discuss in a personal and direct meeting the ties between the two countries, US economic sanctions and alleged Russian cyber attacks on American companies.

The presidents expressed the opinion that, taking into account the responsibility for maintaining international security and stability, Russia and the United States will continue the dialogue and the necessary contacts. On the whole, the conversation was honest and business-like", the Kremlin said in a statement.