Direct message from EU: "You must implement the CSM Agreement"

Direct message from EU: "You must implement the CSM Agreement" 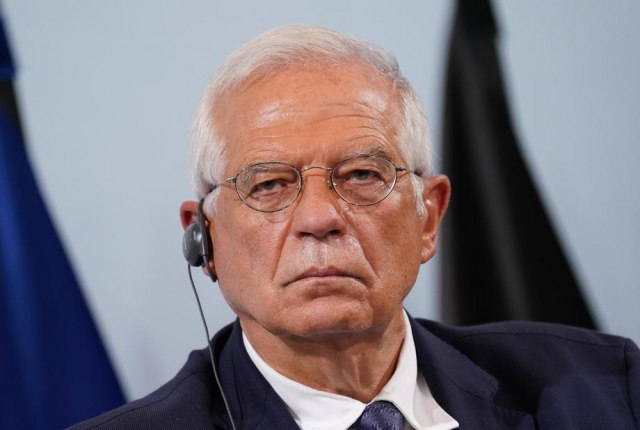 "With all due respect to the Prime Minister (Kurti), but we must continue to ask you to implement the Agreement on the Community of Serbian Municipalities," Borrell said at a press conference in Brussels, reacting to Kurti's answer to a question from Tanjug.

Earlier, when asked by our rapporteur whether he felt personally responsible when the High Representative said he did not notice evidence of constructiveness to continue the dialogue, and when asked if he had a plan to implement the obligations under the CSM agreement, he said there were 33 agreements between Pristina and Belgrade, and that official Belgrade, as he claims, did not implement two thirds of those agreements, and that "Belgrade always likes to mention one agreement that did not pass the test at our Constitutional Court."

Kurti also states that in 2015, when the court decision was announced, none of the Serbs in Kosovo protested against that, but, as he says, only official Belgrade.

"It is time for us to have a dialogue since the citizens will be the only ones to benefit from it, not the politicians," Kurti said. He added that, as he said, the "democratic character of dialogue" is necessary, i.e. that people benefit, and that all solutions that come from above are there to please politicians and are not democratic. Claiming he's a democrat, Kurti said that is why he believes that future chapters should not please politicians, but the people.

Asked by a journalist from Tanjug whether he had talked directly with Kurti about constructiveness in the implementation of the Brussels agreements, including the CSM, Borrell said that he expected full implementation of those agreements in order to normalize relations between Belgrade and Pristina.