Emergency meeting at the WHO: The worst COVID-19 strain so far?

WHO is holding an emergency meeting today about a new strain of coronavirus discovered in Africa, which may have an increased number of mutations, as FT reports

Emergency meeting at the WHO: The worst COVID-19 strain so far?

WHO is holding an emergency meeting today about a new strain of coronavirus discovered in Africa, which may have an increased number of mutations, as FT reports 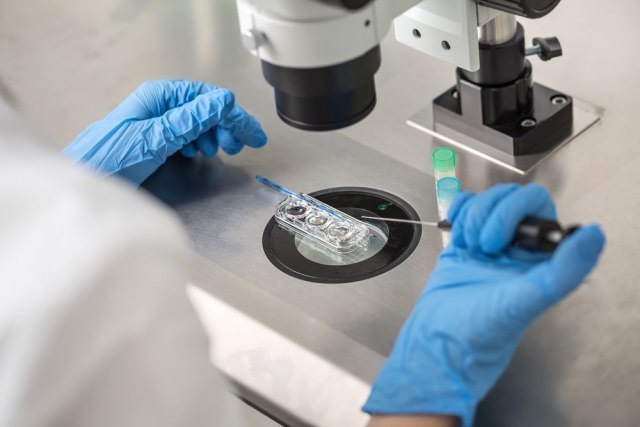 Tulio de Oliveira, director of the Center for Epidemic Response and Innovation in South Africa, conveyed to WHO representatives his concerns regarding COVID variant B.1.1.529, which is feared to be the worst variant of COVID identified so far.

After that, WHO decided to hold an extraordinary session, De Oliveira told Financial Times.

WHO experts will reportedly discuss whether the new strain should be defined as something of "concern" or as a "of interest" variant.

During yesterday's press conference, Tulio de Oliveira stated that the new strain has a very large number of mutations, which carries the risk of rapid spread of the disease. According to the latest data, a total of 77 people have been diagnosed with this variant of coronavirus in South Africa.

This strain was also diagnosed with four people in Botswana and one in Hong Kong (a person who came from South Africa).

Some world leaders reacted immediately to the news of the appearance of the new strain, announcing new precautions and travel restrictions, while stock markets around the world experienced a decline caused by uncertainty.

Indian health officials today put all countries on standby, demanding that they conduct a "rigorous examination and testing" of passengers arriving from South Africa, Botswana and Hong Kong, as well as trace and test their contacts.

New Zealand is also closely following global advice on the new variant, and Deputy Prime Minister Grant Robertson says that the new variant is "a real wake-up call for all of us", as well as an indicator that this pandemic is still going on.

Dr Maria Van Kerkhove, Infectious Disease Epidemiologist; COVID-19 Technical Lead within WHO Health Emergencies Programme, said at yesterday's press conference that not much is known about this variant yet. "What we do know is that this variant has a large number of mutations. And the concern is that when you have so many mutations, it can affect how the virus behaves," Van Kerkhove said. She added that the researchers would meet to "understand where these mutations are and what they could potentially mean" in terms of whether they are more transmissible or have the potential to breach immunity barrier.