At least five people were killed this morning in a terrorist attack, and at least 15 injured were taken to hospital after an explosion in Mogadishu.

At least five people were killed this morning in a terrorist attack, and at least 15 injured were taken to hospital after an explosion in Mogadishu. 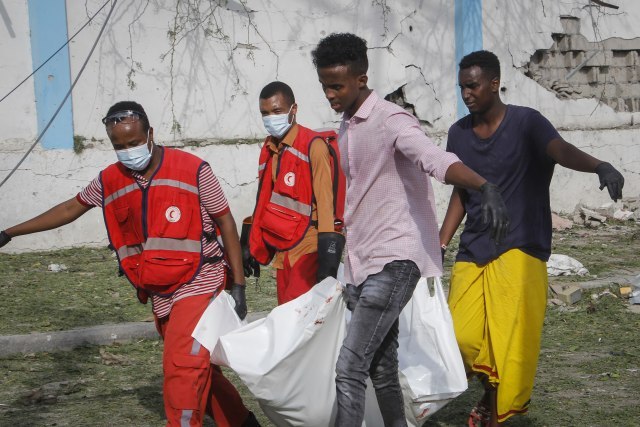 The responsibility for the terrorist attack was claimed by the group Al-Shabab, which is connected to the terrorist organization Al Qaeda.

The explosion took place in the center of Mogadishu and was so strong that the walls of a nearby school collapsed and numerous cars were destroyed.

"We were shaken by the shock wave of the explosion, and then we couldn't hear anything except the shooting that followed," Mohamed Hussein, a medical technician from the nearby Osman Hospital, told Reuters.

A witness in Mogadishu shared this photo of the explosion in the city at around 7:30am local time. Update #1 pic.twitter.com/ewUY0ep2ZF

He stated that they pulled him out from under the rubble of the ceiling that fell on him.

"The walls of our hospital have collapsed. The school is opposite us, and the wall has been torn down. I don't know how many people have been killed," he said.

Al-Shabab has been fighting the Somali government for years, with the intention of gaining power and establishing an authority based on a strict interpretation of Sharia law.