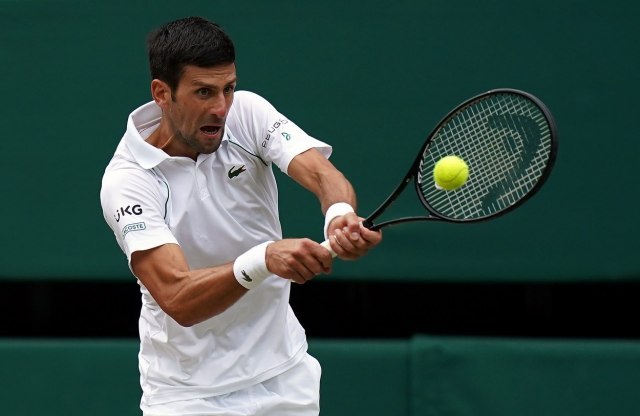 Novak Djokovic is performing at the Masters in Paris, and he will be free in the first round.

The Serbian ace will play in the second round against the better player from the duel Márton Fucsovics - Fabio Fognini.

Novak has never lost to these two - in head to head duels against the Hungarian, he has a score 3-0, and against the Italian, he is even more dominant, 8-0.

The third round could bring Novak an old acquaintance, Gael Monfils, while in the quarterfinals he could meet this year's sensation Cameron Norrie or the Russian Andrei Rublev. In this part of the draw is Stefanos Tsitsipas, on whose way the most famous players are Roberto Bautista Agut, Felix Auger-Aliassime, Hubert Hurkacz...

Also in this half are Filip Krajinović, who starts with Reilly Opelka, or Laszlo Djere, whose first opponent will be one of the qualifiers. Dušan Lajović will meet the American Mackenzie McDonald in the first round, and the better player from this duel will go to Alexander Zverev.

As for Daniil Medvedev, in order to reach the finals, he will have to defeat some of the players such as Aslan Karatsev, Pablo Carreno Busta, Jannik Sinner...

The Russian defends the title and it is certain that he has the desire to win it again, thus preventing Djokovic from reaching the sixth trophy in the capital of France.