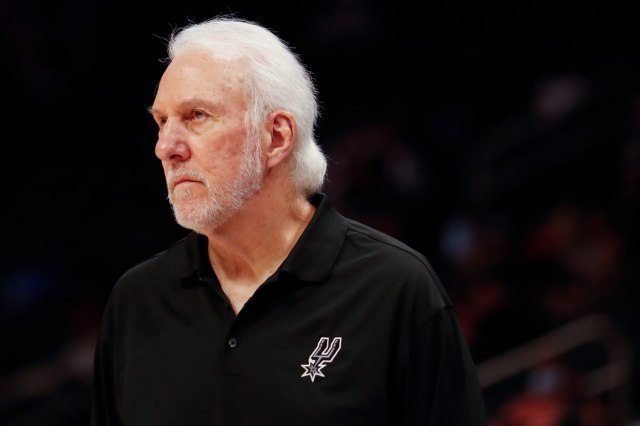 After the match, Popovic was asked about Doncic, and he dreamed of the Yugoslav national team.

"Imagine if all of Yugoslavia was together and all those guys were on one team. It's exciting. I mean, you know, the Slovenians, the Croatians, the Serbians, Herzegovina, everybody. It's so cool. Doncic reminds me of that when another player from that area pops up and becomes this great. It seems there aren't any average ones when they come to the league. If they come to the league, they're great", Popovic says, adding:

"So it throws me back to the days of Divac, Paspalj, Kukoc and Petrovic, and all the guys they had been playing together at the same time. Kind of like the Argentinians of a few years back. And then the second though is, I wonder 'How the hell did you get this good from a small country? And I know you weren't going on the playgrounds, like in New York City, or LA or Chicago, and playing everyday, with the tough competition'. So, you've got to give credit to the programs they had. To the coaching. To the levels of play, and what their coaches have to go through to become coaches. How disciplined the players are, how many times they practice, how hard they practice, how serious they are... It's a bg deal and they are great at it. For whatever reason, there seems to be a natural proclivity for the game. The guys from that area, they also have a great handball team. It's kind of basketball related, he probably never played team handball, but same species or same genre of game. So, it's just very interesting, and wonderful to see it".

It is generally known that Gregg Popovich loves foreign players - the USA coach built a dynasty with Tony Parker and Manu Ginobili, led by Tim Duncan, born in the Virgin Islands.

During Gregg Popovich’s pregame availability with reporters, @TheDanaLarson asked for his current thoughts about @luka7doncic. Pop launched into an answer that enthralled all of us. Vintage Pop: pic.twitter.com/mb3FiBKHWI