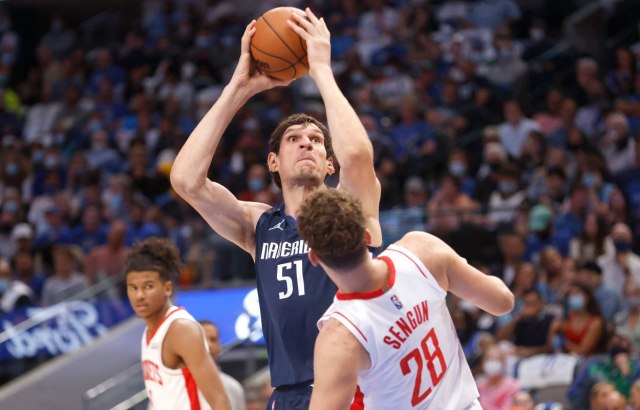 "It's nice to be on the court. Opening the season at home, nice game. We had fans, we introduced the whole team. Everyone supported us. It was amazing to hear the fans cheering and providing energy. It's nice to have everyone watching and following you. "

"The cooperation with the coach is amazing. It was great to watch him as a player and as a coach, everything works perfectly. I enjoy every moment spent around him, around my teammates and the professional staff. We have incredibly good chemistry, which is very important."

"It's always nice to have a familiar face. I'm glad he's here, he's with us. We have nice communication. We agree, we all work together as a team. Now I'm kind of hosting him because I've been here for a while, but Igor 's also been a long time in the NBA, so he adapted faster than I expected. "

Dallas will play in another Texas derby on Friday vs the San Antonio Spurs, then they play game vs the Denver Nuggets led by our Nikola Jokić.

On Sunday, fans in Serbia can watch Boban and the Mavericks as they take on the Sacramento Kings live at 20:30 local time (available on Arena Sport TV and on NBA League Pass).

"It doesn't matter at what time, when or where we play, we always have to be ready. We are all professionals. But it's really great that people in Europe will be able to watch the game "in normal time" and enjoy Sundays' games. Of course, that also means a lot to me. I always think, 'My people are watching me , let's go a little louder'", says Marjanović.

Wherever he plays, Marjanović has always been one of the favorite teammates among NBA players. He has great time in Dallas, where he introduced his American colleagues to our folk music.

"My teammates love the rhythm of the Balkans, so it's great. It is nice that they want to hear one of our songs, especially when that song remains in their memory and in the rhythm of their hearts," said Marjanović through his recognizable wide smile.

"We expect to play the playoffs, and to take the highest possible position on the table beforehand. We are going step by step; we are chasing the playoffs. We will not set too high standards by saying we want the NBA ring, we are going slowly," said the Serbian center.

Marjanović has been in the NBA since 2015, he played for San Antonio, Detroit, LA Clippers and Philadelphia, before coming to Dallas in 2019.

He played 263 games in the regular season with an average of 6 points and 4 rebounds, with 28 appearances in the playoffs with 6.3 points and 4.2 rebounds.