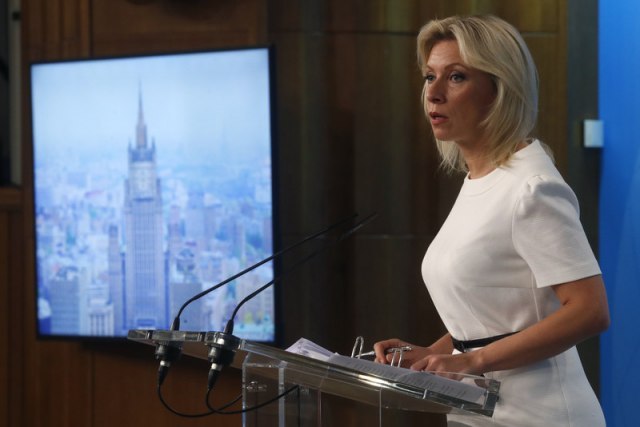 Russian Foreign Ministry spokesman Maria Zakharova commented on the statement of the British Chief of Defense Staff Nicholas Carter, in which he called Russia a “critical threat” from the position of London.

“The statements about ‘critical threat’ and ‘chronic challenge’ are more like quotes from a conversation with a psychologist. Only into the microphone”, Zakharova assessed the British statement.

The diplomat is confident that humanity is not entering a multipolar world, as Carter was pointing out, but has long been living in its conditions.

Speaking at the Center for a New American Security in Washington on October 19, Carter said that the world is entering a multipolar era of unceasing competition that engulfs Britain and “a number of authoritarian rivals.” He called Russia a “critical threat” to the United Kingdom and China a “chronic systemic challenge.”

Zakharova believes that the dignity of a multipolar world lies in the centers of convergence of interests of countries that are looking for partners in each other “for something creative and constructive.”

“Secondly, the ideology of NATO and any other tripartite defense alliances, initially aimed at discord in the regional environment, is not a sign of multipolarity, but a symptom of the“ geopolitical bipolar disorder ”of the 20th century, which the West is trying to apply in this century, let me remind you that we live in the 21st century“, said the representative of the Russian Foreign Ministry.

A spokeswoman concluded that historically it is difficult to find a more authoritarian player than Britain.

A new defense strategy was announced in Great Britain in March, in which Russia was identified as a great threat.

"Russia is the biggest threat... Great Britain will actively react and defend itself from the whole spectrum of threats coming from Russia," the appropriate report states.

Russian Foreign Minister Sergei Lavrov said in early March that the level of relations between Moscow and London was at a freezing point. The Minister reminded that in the past years, the British government maintained a sharp anti-Russian course, accompanied by a constant increase in sanctions pressure.