BELGRADE -- World No. 1, Novak Djokovic, spoke about the plans for the end of the season, but also about the topic related to vaccination.

BELGRADE -- World No. 1, Novak Djokovic, spoke about the plans for the end of the season, but also about the topic related to vaccination. 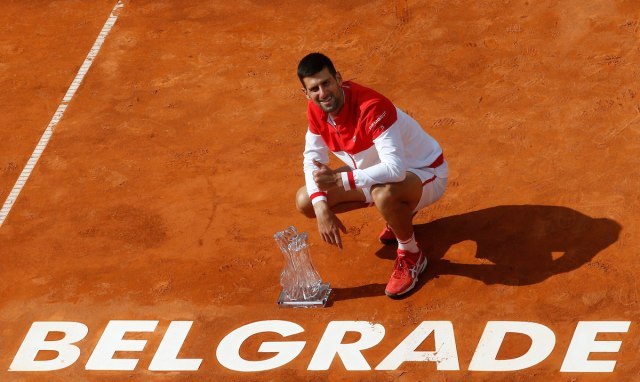 Novak should take part in three more competitions by the end of 2021.

"For now, I plan to play Paris, the Final Masters in Turin and the Davis Cup. That is my schedule until the end of the season. I should be in Belgrade by the end of the week, and then a week before the competition in Bercy I will leave Serbia.

"For now, I will definitely be in Belgrade by the end of the week because my children and I are going to school here and Stefan's birthday is in a few days, so we will celebrate it here with the family," Djokovic said in an interview with Blic".

The situation regarding the Australian Open is still rather vague, and information is coming that all participants would have to meet certain conditions.

"I am following the situation around Australia and as far as I understand the final decision of the Australian Government and Tennis Australia will be in two weeks, so it is the first or second week of November. I do not believe that conditions will change much compared to what we already know and which was the case this year as well, there will be a lot of restrictions. What I heard from my manager who is in direct contact with people from the Federation of Australia is that they are trying to improve conditions for everyone. Both those who have been vaccinated and those who are not."

Novak says that the experience from this year is not the best, and he also expressed regret because the tennis players accept all the conditions that are set for them. Also, he could not say for sure whether or not he would go to Australia.

"I take the position I take and I've always thought the same thing. I don't want to reveal my status whether I got vaccinated or not. It's a private matter and according to our law, whoever asks you, invades your privacy and could be charged for it. It's an immoderate question. Too many people today allow themselves such freedom to ask things and judge a man. Whatever you answer, 'I am, I am not, perhaps, I do not know, I am considering it' they will abuse it", he pointed out, among other things. Finally, he talked about the next season.

"I said before this year that my main goal is to achieve that historical holder of the world's number one and that my main focus is to continue with my career and play as well as possible at the Grand Slams and to play for the national team. Those are my main motivations. Smaller tournaments are currently less important to me in this part of my career and they serve just as a preparation for either national tennis or grand slams", Novak concluded.