BELGRADE -- Minister of Internal Affairs of Serbia, Aleksandar Vulin, said on TV Prva that helicopters have the right to fly wherever they want over the territory of Serbia

BELGRADE -- Minister of Internal Affairs of Serbia, Aleksandar Vulin, said on TV Prva that helicopters have the right to fly wherever they want over the territory of Serbia 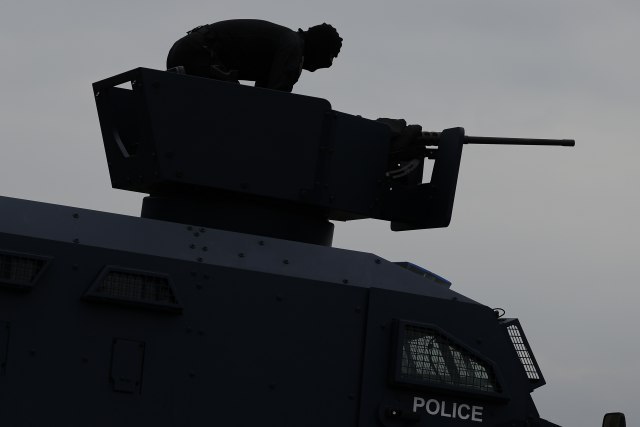 "It takes at least two for peace, and for starting the war, it is enough to have one fool, and I am afraid that we have that fool on the other side, he sits in Pristina and responds to the name Kurti," Vulin said at the beginning of the conversation.

He said we have reason to be concerned.

"The people who run Pristina are great cowards, and you can expect anything from them."

He said that Serbia knows what it wants and that it knows very clearly what it does not want. "They saw that Serbs are united, they do not know what to do, violence cannot pass, Serbs in Kosovo are not alone, now negotiations must take place."

Vulin said that Pristina must take the next step.

"I wonder what the EU alternative is, we need to think about it. They have obviously shown that there is nothing from them, their signature is worth nothing. The question here is whether the EU has any credibility to continue the talks, whether it can be done under EU patronage, if it's signature is not respected. I am not sure who is showing disrespect here. Whether Kurti is disrespectful towards the EU, or the EU disrespects itself, I am not sure", Vulin said.

He said that Vučić clearly said "you have a month, think about whether it exists or not".