"This is just the beginning. Lajčák doesn't understand, and that leads to war"

Pristina's decision to introduce reciprocity in the case of license plates is not the end, but the beginning of Kosovo PM's measures, Dusan Janjic believes.

"This is just the beginning. Lajčák doesn't understand, and that leads to war"

Pristina's decision to introduce reciprocity in the case of license plates is not the end, but the beginning of Kosovo PM's measures, Dusan Janjic believes. 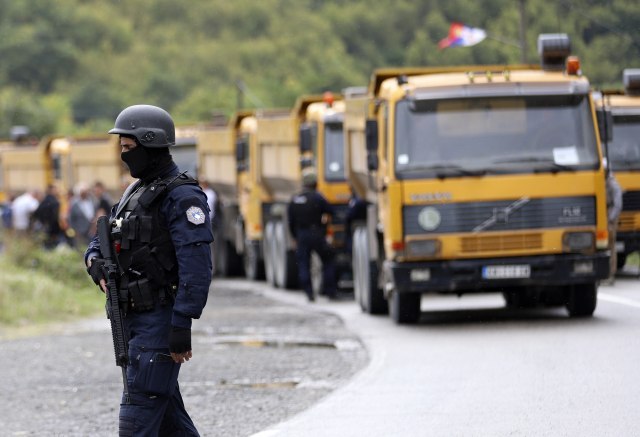 According to this analyst, reciprocity is dangerous and not a policy of normalization, which, unfortunately, is not understood by the EU special envoy for dialogue between Belgrade and Pristina, Miroslav Lajčák.

He told Kosovo online that wherever the policy of reciprocity was pursued in Europe, it ended in wars.

"The policy of reciprocity is the policy of the government of Albin Kurti. Obviously, both Belgrade and Brussels must understand that. He announced that in his first and now in his second term," Janjic said.

He states that Pristina announced a concrete measure, a response to the license plates, in preparation for the meeting a week ago in Brussels, as well as in the Pristina media.

"No one is surprised about the date and the concrete measure," Janjic said, adding that he was sure that Belgrade would not enter the conflict and that it was known that if Serbia took the path of reciprocity, it would lose Kosovo economically and politically.

He stated that reciprocity is not a policy of normalization.

"The dialogue is about the policy of normalization and that is how it is defined by the positions of the UN General Assembly," Janjic stated. He says that he is one of those who tried to explain to Lajčák from the first day of his mandate that this is not a bureaucratic game.

"On the contrary, he not only does not understand that, but he also enabled Borrell to come and attend the opening, that is, the merging of the border on Merdari, and both of them declared last year that Pristina suspended taxes. Pristina did not suspend taxes last year. Pristina has completely removed the taxes from Bosnia-Herzegovina, and temporarily announced a whole package of reciprocity measures to Serbia in the economy as well," says Janjic.

He believes that this is not the end, but the beginning of Albin Kurti's measures, when he says that he obviously wants to win the elections in this way. "Serbia tolerated and went into dialogue, if Aleksandar Vucic had not appeared at the negotiations, he would have been found guilty.

Serbia rightly did not warn Lajčák, because it's his job to know what reciprocity means, and on the other hand, he has the opportunity to use temporary crisis in the north to put more pressure," Janjic said.

He believes that by shortening the program of the visit to Belgrade, Lajčák shows that he does not understand the problem he is dealing with, and that by that, as well as by omitting meetings with business people in Serbia who could tell him what is happening with the policy of reciprocity, he shows unfair treatment of Serbia and Kosovo.

"In Serbia, he is satisfied with the meeting with the director of the Office for Kosovo and Metohija, Petar Petković and Vučić, and thus additionally burdens them, and when he goes to Kosovo, he makes 20 meetings and helps Kurti to make pretense of some consultations. Consultations are necessary. Lajčák should feel need to hear many others in Belgrade and learn something from them", says Janjić.

He is sorry, he says, that Lajčák showed that, regardless of his experience, he did not live up to the crises that will open in Kosovo.