TOKYO -- World No. 1, Novak Djokovic defeated Jan-Lennard Struff in straight sets to reach the third round at the Tokyo 2020 Olympics.

TOKYO -- World No. 1, Novak Djokovic defeated Jan-Lennard Struff in straight sets to reach the third round at the Tokyo 2020 Olympics. 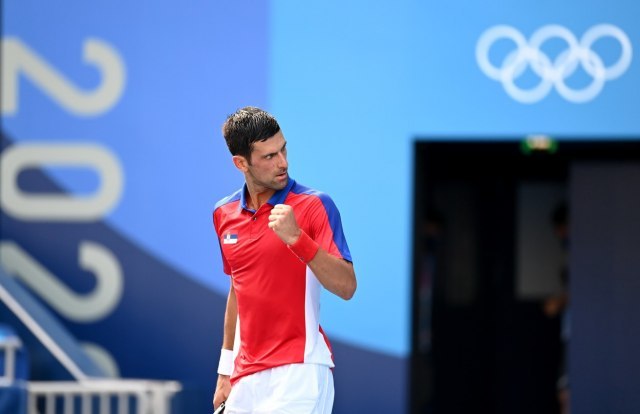 After Hugo Dellien in the first round, Djokovic defeated German tennis player Jan-Lennard Struff in the second round - 6: 4, 6: 3.

The match of the second round at the tennis tournament in Tokyo lasted an hour and 15 minutes.

Djokovic started poorly, since Struff already had a break point in his first service game, but since he neutralized it, the service has been untouchable.

Djokovic "broke" Struff when it was most needed, with the result 5: 4, when the German served to stay in the set.

He made a break and won the first set and the lead in the match.

At the start of the second set, Djokovic continues the series of games won and comes to the break immediately, but he failed to confirm it.

However, he maintained the advantage until the end and came to a routine victory.

In the eighth finals, he will play against Spaniard Alejandro Davidovich Fokina, with whom he has met once so far and defeated him in Rome this year 6: 2, 6: 1.

Djokovic said something to Ramos. He smiled.