BELGRADE -- After a few days of showers and storms, the weather has finally stabilized, but a new tropical wave with temperatures up to 40 degrees is expected from Sunday.

BELGRADE -- After a few days of showers and storms, the weather has finally stabilized, but a new tropical wave with temperatures up to 40 degrees is expected from Sunday. 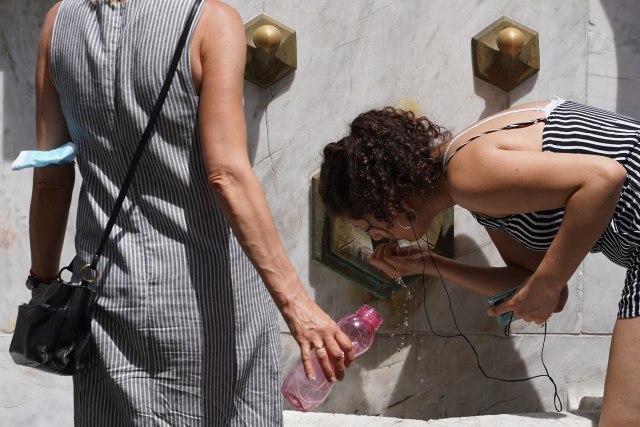 "Dry, but not very warm air will flow through our region until the weekend, and the nights will be very fresh, while the days will be mostly sunny with occasional moderate clouds and a very low probability of local showers," said geography professor and meteorologist Marko Cubrilo.

According to him, the morning lows will be from 9 to 17 degrees, and the daily highs from 23 to 27, only in the south of the region around 33 degrees, "Blic" reports.

According to Čubrilo, due to the formation of a cyclone over Great Britain, very warm air of subtropical origin will start flowing through our part of Europe from Sunday, and with sudden warming, the maximums will reach from 32 to 37 degrees, and in some parts of the region up to 40 degrees.

"The nights will become warm again, and from Sunday we will count on a series of two or three tropical nights," he said, and his colleague Djordje Djurić has a similar forecast, as "Blic" further writes. "It will be sunny and very warm for the weekend, due to the penetration of very warm air mass from North Africa, with maximum temperatures over 30 degrees on Saturday, up to 35 on Sunday, and over 35 degrees Celsius early next week," says Djurić.

High heat will not be pleasant for chronic patients, but also for those who are of good health.

"This can lead to psychological problems, cause nervousness, anxiety, irritability, and lead to insomnia because people cannot sleep at night, nor function normally during the day," the doctors explain.

So, another tropical wave with extremely high temperatures is ahead, but fortunately, still much shorter than the previous ones. Let's recall, from June 15 to July 15, we had as many as 26 tropical days with temperatures of 30 and more degrees, 14 extremely warm days with 34+, but also 15 tropical nights in Belgrade in which the temperature did not fall below the 20th degree.

"Milder refreshment is forecast for the middle of next week when a weakened cold cyclone front over Western Europe should reach us. Towards the end of the month it could warm up again in front of a new, possibly stronger cold front descending towards the Alps. In the beginning of August, it will be warm, but steamy with instabilities, while around August 5 it could be more refreshing", Čubrilo wrote on his Facebook profile.