CANBERRA -- More than 13 million Australians, or about half the population, are in the lockdown after the latest restrictive measures introduced due to delta strain.

CANBERRA -- More than 13 million Australians, or about half the population, are in the lockdown after the latest restrictive measures introduced due to delta strain. 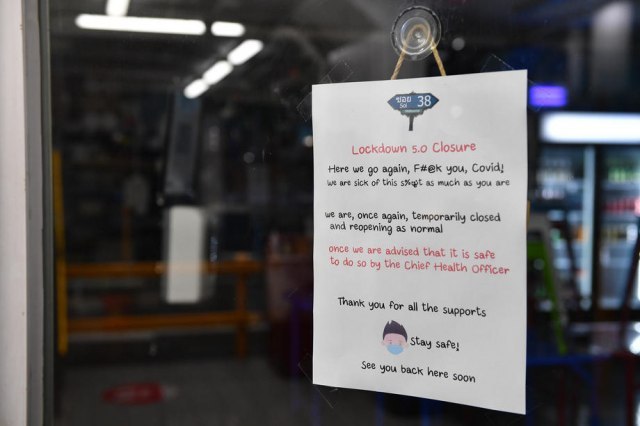 According to the BBC, all this caused great anger among the population.

The state of South Australia, where 1.7 million people live, joined the states of Victoria and New South Wales on Tuesday regarding the introduction of restrictive measures.

Residents of South Australia will have to stay in their homes for seven days, after five people became infected.

Anger in Australia is slowly growing due to the closure strategy, and the two largest cities, Sydney and Melbourne, are facing the uncertainty as to when they will be reopened. According to the BBC, until recently,

Australia was widely praised for its strategy of closing borders, quarantine programs and rapid lockouts, and less than 1.000 deaths have been recorded since the outbreak of the pandemic. However, the rapid spread of the highly contagious delta strain has created new challenges for the country and highlighted the low vaccination rate, the British media added.

Despite entering the lockdown last month, Sydney recorded 110 new cases today, so more than 1.300 people are infected in the current wave. Citizens are not allowed to leave their homes unless they go shopping, exercise or have important reasons to go out. Construction sites were closed, as well as retail stores.

There are fears that the lockdown of Sydney could last until September, as models have shown that the city may need months to reach the day when no case will be recorded.