PARIS -- After postponing last year's celebration of the national holiday, France today marked the Republic Day with a traditional military parade on the Champs-Élysées.

PARIS -- After postponing last year's celebration of the national holiday, France today marked the Republic Day with a traditional military parade on the Champs-Élysées. 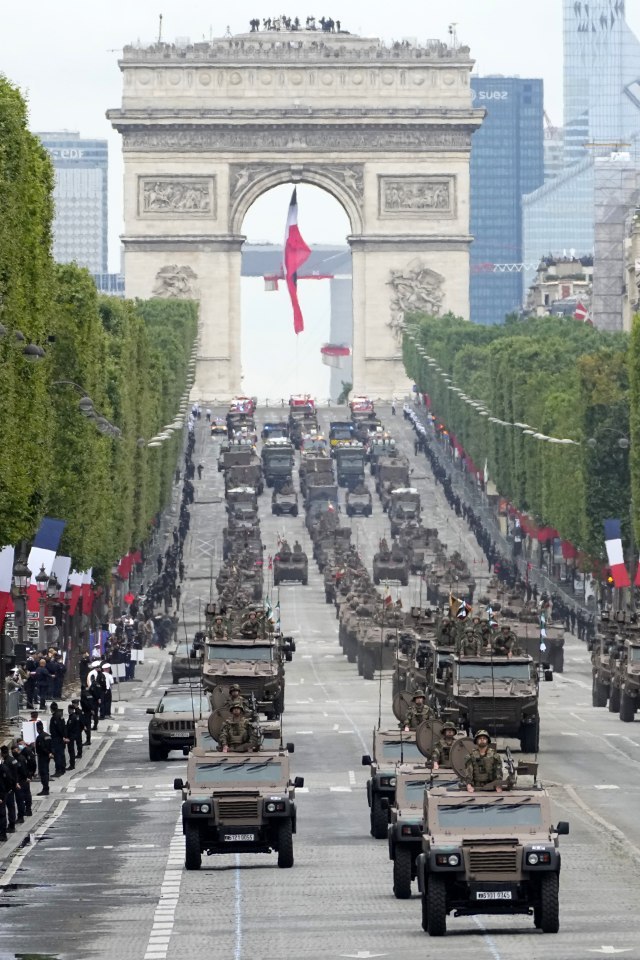 The holiday was marked with precautionary measures due to the coronavirus.

About 5.000 members of all branches of the army took part in the parade as part of the Republic Day, and the parade was followed by the President of the state Emmanuel Macron, the state leadership of France and about 25.000 citizens.

Members of the European forces under the command of France, who fought against Islamic extremists in the Sahel region in Mali, marched at the head of the military parade, and 73 planes and helicopters of the French air force flew over the Champs-Élysées, the AP reported.

Units of all branches of the French army paraded across the Champs-Élysées, including paramedics who helped fight the pandemic, transported vaccines to overseas territories of France and treated civilians suffering from COVID-19. Soldiers who took part in the parade did not wear protective masks, but the French army command said all participants had been fully vaccinated.

Fear of the spread of the virus is very present, so for all citizens who attended the ceremony on the Champs-Élysées today, a valid medical certificate was required, it was announced earlier from the police prefecture of Paris.

The set of measures also meant that every visitor older than 11 must have a valid confirmation that he has been vaccinated, or that he has a negative test result, or that he has been infected with COVID-19, and wearing a protective mask was mandatory for everyone. Access points were set up along the entire length of the Champs-Élysées, through which citizens entered the stands in a controlled manner to follow the ceremonial military procession.

The city authorities have previously announced that the six largest metro stations in the wider area around the Champs-Élysées will be closed, that strict security control will be carried out for all those who want to follow the ceremonial military parade, and that all the gardens of cafes and restaurants on the Champs-Élysées will be closed from 8 am to 2 pm, Fransinfo reported earlier. The French celebrate July 14 as the national holiday, Republic Day, because on that day in 1789, the infamous Paris prison of the Bastille was conquered and is a symbol of the end of the absolutist monarchy.

It is believed that with the fall of the Bastille on July 14, 1789, the French Civil Revolution began.