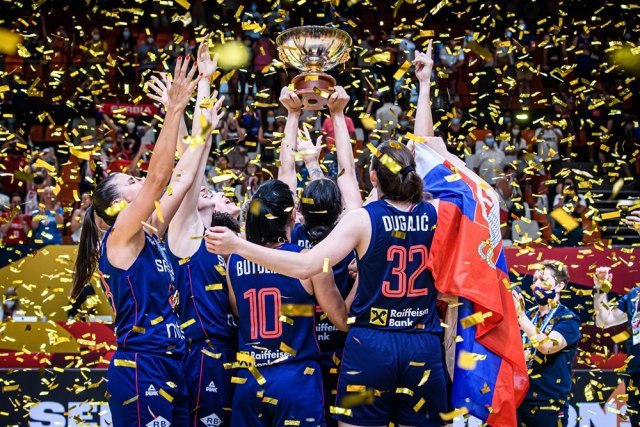 Serbia was dominant during most of the match, with only sporadic ups and downs.

After the first quarter, the basketball players of Serbia played great in the defense in the second half and reached a double-digit advantage with a series of 13: 0 (31:18).

Anderson pulled great in the second half after Valériane Vukosavljević brought France to cut the gap to five points at the end of the first. At one point, it was plus 18 for Serbia.

The finish of this part of the game again belonged to France, which was eight points behind (48:40) until the last break, but Serbia repulsed every attack of the French in the last quarter and calmly brought the match to an end.

Sonja Vasic was voted TISSOT MVP of the tournament.

Serbia was led by Yvonne Anderson with 18 points (9/14), and Jelena Brooks with 15 (5/13), along with Sonja Vasić who scored 12 points, and the three of them reached double digits. Vasic added eight rebounds and six assists to her performance.

On the other hand, the biggest problems for Serbia were caused by ﻿Valériane Vukosavljević in the French national team, who scored 15 points.

Serbia lifted its second FIBA Women's EuroBasket trophy in history after beating France for the second time in the Final, just as they had done in the 2015 edition of the competition.