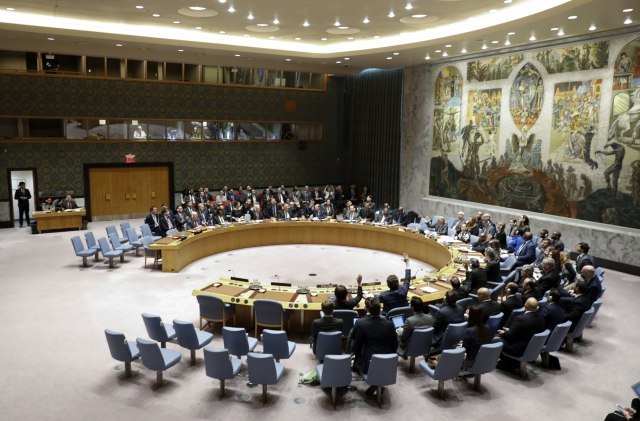 This is stated in the comment published on the website of the Permanent Mission of Russia to the UN.

It is pointed out that on June 17, Russia initiated talks in the UN Security Council about a recent incident with an attack by Ukrainian saboteurs on an observation post in the People's Liberation Army.

"Russia calls on the members of the Security Council to condemn this senseless and cruel attack by the Armed Forces of Ukraine on the position of the Luhansk insurgents. This is a direct violation of the Minsk agreements, as well as additional measures to strengthen the ceasefire regime of July 22, 2020, banning the actions of the parties", it is stated in the comment of the Russian side, Sputnik reported.

It is also pointed out that Moscow is especially worried about "the direct complicity of Western countries in the crimes of the Kiev regime against its civilians."

"Since April 13, US military experts have been preparing Ukrainian snipers in a training camp near Mariupol, which is located in the immediate vicinity of the conflict zone. Today, it is no longer even a secret for the media that American companies deliver sniper rifles and ammunition to the Ministry of Defense of Ukraine.

"Such American deliveries of weapons and military equipment encourage Kiev to destabilize the situation in Donbas and to try to resolve the conflict by force," said Russia's permanent mission to the UN. Moscow draws attention to the fact that the Ukrainian soldiers evoked the provocation on June 11, practically immediately after the telephone conversation between the presidents of Ukraine and the USA on June 8, and after Vladimir Zelensky's trip to the contact line in Donbas on June 8-9.

"The diversion was realized on the eve of important international events - the G7 Summit, NATO, the EU-USA, as well as the meeting of Vladimir Putin and Joe Biden," the Russian side estimates.

On June 11, a Ukrainian sabotage group attacked the observation post of the People's Militia of the self-proclaimed Luhansk People's Republic, and on that occasion, five insurgents were killed. The head of the self-proclaimed Luhansk People's Republic (LNR), Leonid Pasechnik, stated that the diversion was approved and planned by the leadership of Ukraine before the meeting between the presidents of Russia and the United States.