Snezana Divac on the "countryman" case and Luka's parents: "My conscience is clear"

BELGRADE -- Vlade Divac's wife, Snezana Ana Divac, who was linked by the media to the accident on Branko's bridge in June 2014, appeared in the media.

Snezana Divac on the "countryman" case and Luka's parents: "My conscience is clear"

BELGRADE -- Vlade Divac's wife, Snezana Ana Divac, who was linked by the media to the accident on Branko's bridge in June 2014, appeared in the media. 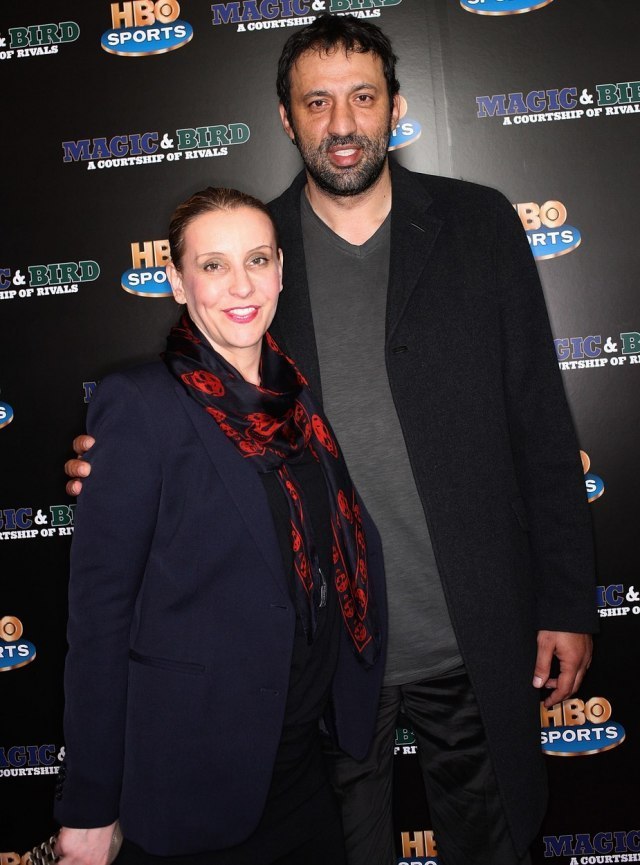 "Countryman" driver Marko Milićev, who was released two years ago, was convicted for the accident, in which a 21-year-old Luka Jovanović died.

Snezana Divac told "Nedeljnik" that she learned from the newspapers that she was being brought in connection with the case and that she was in the Dominican Republic at the time.

"I learned this story from the newspapers that they were linking me to the case. I was in the Dominican Republic at the time. I called the Foundation and through it, we sent a statement that I had nothing to do with the accident. And then the madness started happening. I was afraid that something would happen to my son, he was in Belgrade, I was afraid that people would think we were close to the establishment, even though that was never the case. Then, the police called me and asked if they could come and see my car. I said they could and they saw that my car was a “mini-Morris” and not a “countryman.” They thanked me and apologized, I thought that was it”, she says.

As she further stated, her tailor was a long-term friend of the parents of the victim Luka Jovanović, so they got her phone number that way.

"In those months, my godmother got married and I went to a tailor in Belgrade to make wedding dresses for my daughter and me. The tailor I went to, it turned out, was a longtime friend of Luka Jovanović's parents. They asked her how I behaved before and after his death. She told them that I was behaving normally and they asked me if she could give them my phone number, and that they would like to talk to me because many things are not clear to them and they don’t trust anyone anymore. She gave me their phone number and asked me to call them", she said.

She then got in touch with Luka's parents after three months of hesitation.

"I hesitated about what to do for a long time and it burdened me for three months. Then I decided to call them because I was thinking how I would feel if I was in their situation. It's terrible for anyone and I decided to go. I came in my 'mini' and parked in front of his stepmother's hair salon, so that they could see with their own eyes that I was driving a 'mini-Morris' ", she says.

Why she said she dreamed of Luka

"Luka's father did not come, Luka's stepmother told me that he wasn't feeling well. She told me that Milovan Brkić (editor of Tabloid) came to them and said that he had documents showing that I was communicating with some politicians and that he is allegedly starting to doubt the story that I am behind it, as well as that maybe there is another game in question. That's what she told me", she added.

"It was a private expression of condolences, I didn't want to go empty-handed, but I was not sure what to bring them: whether to carry flowers or a bottle of drink or something else. And then I decided to buy them the book 'Soul Journey', counting that it can help them make some sense in that difficult time. And like everyone in such moments, when we want to comfort someone, we say certain things. I said I dreamed of Luka, not thinking at that moment that I could be suspected and persecuted because I dream of something or someone. Luka's stepmother told me that his father had been contacted by some police officers who, as it were, had confidential information, but that no one had ever brought him any evidence that it had anything to do with me. Luka's father began to doubt everything, so he had contacted a clairvoyant woman who told him that there was a powerful blonde woman behind everything, and let me emphasize once again that no one had even said that I was driving the disputed car, that there were witnesses and a recording from the phone of the people in the car. It was not a premeditated murder, but a car accident that ended in the tragic death of a young man, says Divac.

He says that the only truth is that the car that took part in the accident has disappeared and it is not known to whom that car belong.

"The only truth in the whole story is that the car disappeared, that the camera did not record it and that the owner of the car is hiding. Why and whose they are - I really don't know, I can only guess. A few days after my visit to the parents of the dead young man, they came out saying that I was suspicious to them because I dreamed of their son, and that I would not dream of him if my conscience was clear. So, I got the first rush of accusations on the grounds that maybe it was my car, and the fortune teller said she was a blonde woman. The most powerful of all is that the tabloids put my picture and my "mini-Morris", and I couldn't sue them because nowhere did they clearly say it had anything to do with me. It shows how easy it is to manipulate people", she says. She adds that her conscience is clear, that she has forgiven everyone and that she wants to live her life. "My conscience is clear, and everyone will be responsible for what they did in some way. I forgave everyone a long time ago, because I don't want to live this life bitterly. It wasn't easy, but I succeeded and I'm proud of myself for that." When asked who is behind this whole story, she answers with a scene from a popular movie.

"It's like in the movie 'The Godfather', the one who came out first and said 'it's not me', it's probably him," she concludes.