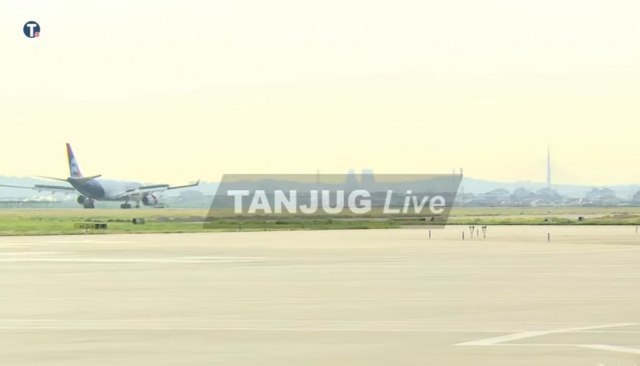 As announced, Prime Minister of Serbia, Ana Brnabić, and the Ambassador of the People's Republic of China to Serbia, Chen Bo, will welcome the new contingent of Chinese vaccines.

There were half a million doses of Chinese company vaccines on the plane.

Prime Minister of Serbia, Ana Brnabić, thanked the Chinese partners because they showed reliability "which no one expected in such difficult moments". She said that the last delivery of Sinopharm under the contract arrived this morning, which is a total of four million doses of vaccines that were bought from China and delivered in eight flights from January until now.

"We are also grateful that they did much more than was agreed and that they delivered four million doses of vaccines in the shortest possible time. The Chinese army sent 200.000 doses, so we received a total of 4.200.000 doses of Sinoparm vaccines," Brnabic pointed out.

Chinese Ambassador Chen Bo stated that her country and Serbia will continue the "joint fight" in the field of vaccines and against the coronavirus epidemic, although today was the last delivery of vaccines from the Chinese manufacturer Sinopharm.

"With this latest delivery, Sinopharm fulfilled all contractual obligations on time, which fully shows that China and Serbia are reliable partners bound by steel friendship in critical moments," said the ambassador at the "Nikola Tesla" airport.