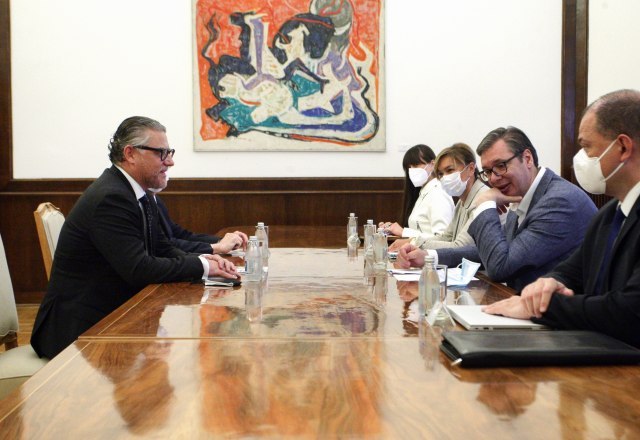 President Vučić said that he was looking forward to the visit and meeting with the Czech President Zeman, whom he appreciates as a true friend, especially his firm position on the issue of Kosovo and Metohija, which he often states in public.

Vučić expressed gratitude for the support of the Czech Republic to the European integration of Serbia, Office for Media relations of the President of the Republic of Serbia announced.

Ambassador Kuchta said that President Vučić's forthcoming visit will be the first of its kind since the outbreak of the coronavirus pandemic, and that they saw it in Prague as a strong confirmation of the Serbian-Czech friendship and the unique mutual relationship between the two presidents.

President Vučić also emphasized the importance of Serbian-Czech economic cooperation, and on this occasion, he discussed possible joint projects with Ambassador Kuchta, and the two interlocutors expressed hope that concrete economic agreements would be reached for mutual benefit during the forthcoming visit.