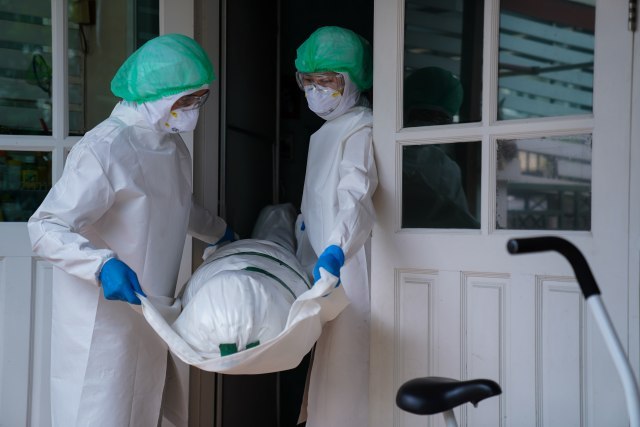 More than 905.000 people have died from COVID-19 in the U.S., 57 percent more than the official number, scientists from the Institute for Health Budgets and Estimates at the University of Washington found on Thursday. That is more deceased than in any other country.

The official U.S. figure is about 580.000, according to John Hopkins University statistics.

According to the calculations of American scientists, that is a total of about 7 million deaths in the world, which is more than twice the official 3.24 million deaths, as recorded by John Hopkins University.

Scientists studied the deviation in mortality between March 2020 and May 3, 2021, comparing what would normally happen in a year without a pandemic, and then took into account factors related to the pandemic. They were given, they said, numbers that reflect death exclusively from SARS-CoV-2, the virus that causes COVID-19.

"As terrible as the coronavirus disease pandemic may seem, this analysis shows that the actual number is significantly worse," said the director of the Institute, Dr Chris Murray in the statement that accompanied the announcement of the results.

"Understanding the actual number of deaths from COVID-19 not only helps us see the magnitude of this global crisis, but also provides valuable information to policymakers in developing response and recovery plans."

He emphasized at the press conference on Thursday that the oversights in recording the actual number were not necessarily made intentionally.

"We also see that particularly few deaths were reported in December, when the winter wave began to develop and the holidays meant that reporting systems were not fully functioning."

The total number in several other countries has dropped by at least 400.000, the researchers said. India, with an actual 654.395 compared to the reported 221.181, stood out particularly strongly given the crisis there.

While some hailed the study as a more accurate indicator of the actual scale of the pandemic, others saw it as a potential exaggeration.

"I think the overall message of this (that deaths are significantly underestimated, and in some places more than elsewhere) is probably tumultuous, but the absolute numbers are lower for many reasons," said an epidemiologist at Harvard University.

"Their estimate of a higher number of deaths is huge and contradicts our research and the research of others," Dr Stephen Wolf, who led the previous research, told NPR. "A lot of assumptions and speculations are built into their model." Murray believes that this study at least indicates the lasting and most likely underestimated impact of this plague.

"The analysis only shows how challenging it was during the pandemic to accurately monitor the death - and in fact the transmission - of COVID-19 infection," he said.

"By focusing on the overall mortality rate from COVID, I think we're revealing how much of the impact of coronavirus has been, and what it might have been so far, or may be in the future."