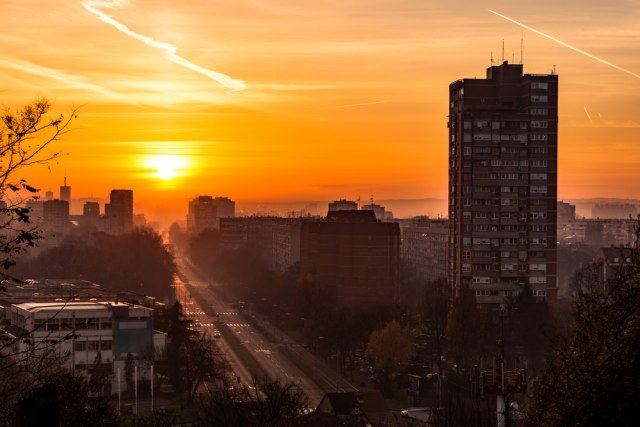 To support the doubts, the most illustrative example is that Dubrovnik is not among the first 33 European cities out of 192 in total covered by the research.

And the most expensive piece of real estate in Croatia is in Dubrovnik and the average price of real estate is also the highest in that city, which means that it would have to be ahead of Split on that list, which came up in third place, Nenad Djordjevic, Vice president of the of real estate brokers within the Serbian Chamber of Commerce explains.

Belgrade at the top of the list of the most expensive apartments in Europe?

According to Indeks.hr, and its source Numbeo, presenting itself as the world's largest database on the cost of living, and on the quality of life, recently published the results of the survey according to which Moscow, Paris, Split, Belgrade, Vladivostok, and Gdansk are the top six cities with the most expensive real estate.

"That research, conducted according to the methodology, should be checked first, after that sources of those real estate prices should be checked too. You have Germany, Austria, Great Britain, countries with much higher real estate prices per square meter than in our country. Their prices are four times higher than in Belgrade, "Djordjevic pointed out.

The most expensive ones should be ruled out, count in average ones

He said that the right address for such data is the Republic Geodetic Authority and their report for last year.

According to that report, the average price of an apartment in an old building in the territory of the Republic of Serbia cost 1,000 euros per square meter, and 1,335 euros in a new building.

The average price of an apartment in Belgrade, where the average net salary in December last year hit 700 euros, was around 1,500 euros.

"The price is miles away from those stated in the media, and as a rule, the media state the prices of the most expensive apartments sold in some municipalities, such as Savski Venac, Vracar, or Stari Grad. Usually, only 20-30 such apartments are sold on an annual basis. The largest number of apartments is sold at prices relatively close to the average price of apartments in the city of Belgrade," said Mr. Djordjevic for Sputnik.

Therefore, it is questionable how this research was conducted as well as the methodology used, the income ratio, the real estate prices, all elements used for this list, which, especially in our cases are rather inconclusive.

"This data on real estate prices in relation to the average salary is not relevant because over 80 percent of Serbian citizens do not buy real estate with financing but they use their own cash funds. Last year we had 67 percent of purchased apartments for cash and 33 percent through housing loans, which means that only 33 percent of acquisitions involve funds withdrawn from savings accounts," explained Mr. Djordjevic.

In Serbia, the demand for apartments is higher, so are the prices, and that a significant number of real estates is bought as rentals, i.e., as a classic capital investment.

The real estate market in Serbia is rather stable

According to the report of the Republic Geodetic Authority, the largest share in the total funds on the real estate market, referred to the value of the turnover of apartments - 2.31 billion euros, or 55 percent. Out of that, 1.4 billion euros were realized in Belgrade.