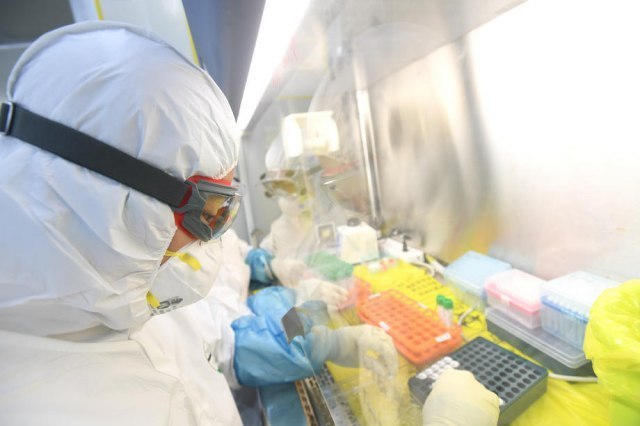 Virologist, Ms. Ana Banko told "RTS" that doctors are currently extremely worried about the British, South African, Brazilian, and two Californian variants of the coronavirus, as well as the Indian "double mutant". These variants are transmitted faster, are potentially resistant to antibodies, and interfere with the diagnostic process.

"In the Indian variant carries the mutation we encountered in variants we have defined as worrying, such as two California variants, and on the other hand, it has a mutation in place of the Brazilian and South African variants that are in the same place but lead to a different change. "It doesn't necessarily mean that this variant will be more negative in terms of the spread of the disease or vaccine resistance, but we must be aware that viral genome sequencing and information about a large number of circulating variants will be shown on daily basis," Dr. Banko explained in her interview to Blic daily paper.

A variant named 501.V2 was first discovered in South Africa, mid-December, and later in some other countries such as Great Britain and Japan. This variant of coronavirus is believed to be easily transmitted, somewhat similar to the British variant, which British scientists said was 56 percent more contagious than previous types of Covid-19. This South African variant is biologically similar to the British one, but with two additional mutations that can interfere with the effectiveness of the vaccine.

The so-called Brazilian variant turned out to be very similar to the British variant, but it did not cause severe clinical pictures than the first form of coronavirus, though it still spreads faster and easier. The scientists explained this by saying that the part of the spikes or protein responsible for "attaching" to human cells has changed.

The discovery of the British variant prompted scientists in California to start searching for it among their coronavirus samples. However, they found only a few specimens of it, but they came across a number of specimens of a new variant that also appeared in California.

This variant was named CAL.20C and was made up of more than half of the virus genome samples collected in laboratories in Los Angeles in just one day during January, it was reported by the New York Times.

At the end of the day, doctors warn that the only solution to control existing variants and prevent the emergence of new one is vaccination. "Last year, we could only hope for the solutions but today we have a solution, vaccination is the only choice if we talk about the end of the pandemic or at least a part of the transmission flow where we can talk about controlling the spread of this virus," said Dr. Banko.

Should a subtype of Covid is found, resistant to current vaccines, the pandemic could drag on indefinitely.

"The only solution for all of us is to get people vaccinated because if this goes on indefinitely, the virus will have the opportunity to mutate even more and everything that has been done so far will be a waste and we will have a new circle," said Dr. Zoran Gojkovic, Provincial Secretary at the Ministry of Health.