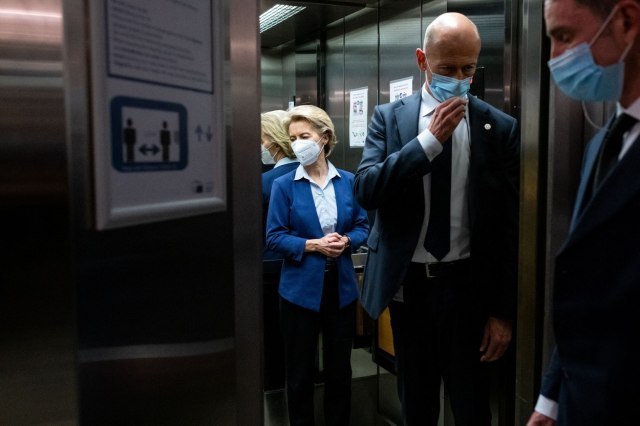 Tanjug had an insight into the so-called "non-paper", which emphasizes that all proposed changes, within the revised methodology, must be applied within the existing negotiating framework and with the consent of Serbia, which Belgrade insisted on.

It is important to add that the revised methodology must be of interest to both Serbia and the member states. The document includes four basic principles of the future accession process of Serbia to EU.

The former insists on the credibility of the process and focusing even more on rule of law reforms. It states that new Chapters should not be closed until the transitional criteria in fundamental Chapters 23 and 24 have been met.

The second principle implies "stronger political governance of the accession process", giving member states a greater role in monitoring and reviewing the progress made by Serbia.

"Intergovernmental conferences and the Council for Stabilization and Association should serve to strengthen the dialogue between member states and Serbia, with clear guidelines on key reform processes necessary for progress", the Commission's text reads.

The first such Serbia-EU Intergovernmental Conference should serve to clarify the application of the new methodology and planning, and "Serbia could open clusters provided that opening criteria met, and member states agree that significant progress has been made in the rule of law."

The third principle of the revised methodology emphasizes the importance of accelerating the pace of Serbia's accession negotiations with the EU, which should be achieved through the opening of several chapters included in six clusters.

So far, Serbia has opened all chapters from the first, so-called "fundamental" cluster, and the proposal of the European Commission is to start assessing the country's readiness in each of the remaining clusters as soon as possible in order to identify the basic shortcomings and guidelines for their opening.

Once again it was emphasized that "with the preparation for the opening of the chapter by clusters", work will be done on reports on the country's progress in the field of rule of law, which will be an additional condition for new steps in the accession process.

As it was announced at the same time, the acceleration of integration measures during the harmonization of Serbia with EU policies and standards is expected.

The fourth principle of Serbia’s future accession path, singled out by the European Commission, is the predictability of the process.

The text of the proposal, which Tanjug had access to, insists that the EU has to be more “clear in its expectations" from Serbia, to let the country focus on concrete steps on its accession path, as well as the criteria required for chapter closing, i.e., the priority of reforms.

Within this principle "corrective measures in case of problems during the negotiations" are also proposed, aiming to sanction serious stagnation or possible setbacks in the implementation of reforms.

According to the new revised methodology, the annual reports of the European Commission remain crucial in analyzing accession progress of Serbia to EU.

After the presentation of the European Commission proposal on concrete steps in the future process of Serbia's accession, individual EU member states should also communicate their position on the matter.