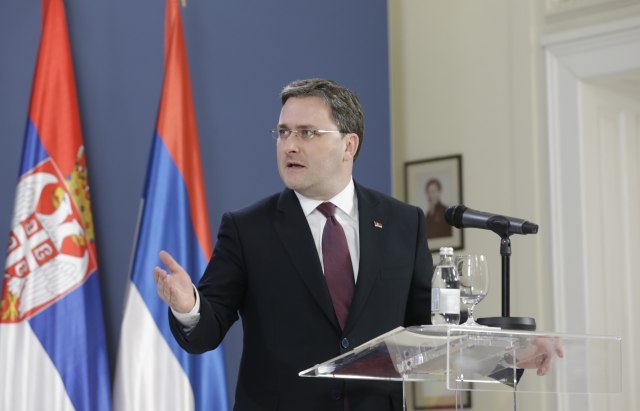 The Draft Report of the European Parliament, adopted by its Committee on Foreign Affairs, in an inadmissible and inappropriate way, calls on EU states that have not recognized the unilaterally declared independence of our southern province to change their opinion.

The European Union, although most of its members recognize the self-proclaimed "Kosovo", has been trying for years, as the umbrella political entity, to at least formally maintain its position of status neutrality, and the call of the European Parliament Rapporteur Viola von Cramon on a group of five states to recognize the self-proclaimed "Kosovo" is a flagrant deviation from the previous political practice of Brussels.

I remind you that the EU-facilitated dialogue between Belgrade and Pristina is carried out respecting the principle of status neutrality, and that this is a precondition for reaching any lasting and sustainable solutions.

I believe that, to put it mildly, it is undiplomatic and unhelpful for the negotiation process between Belgrade and Pristina, that the Committee on Foreign Affairs of the European Parliament allowed the personal lobbying initiative of Ms. Viola von Cramon to turn into something that should be an official document of an EU institution.

I expect the EU institutions to give a chance to the dialogue between Belgrade and Pristina by remaining on the position of status neutrality, and not to be a part of the problem, but a part of the solution when it comes to stabilization of the situation in the Western Balkans.