BELGRADE -- Dr Predrag Kon stated after the session of Crisis Staff, it would decide on more concrete measures for the weekend at the next session scheduled for Friday.

BELGRADE -- Dr Predrag Kon stated after the session of Crisis Staff, it would decide on more concrete measures for the weekend at the next session scheduled for Friday. 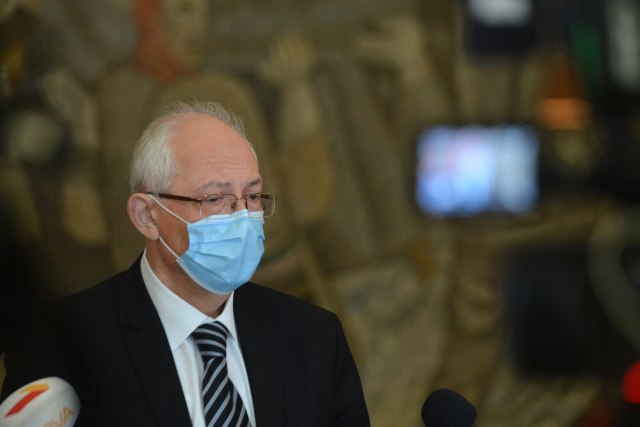 He said that something must be done by the weekend and that until then, everyone has time to think about how it could be implemented. The main places of infection have been spotted, restaurants and cafes, while the ski slopes are not places of infection, but we will leave that for Friday, said a member of the Crisis Staff.

There were, as he says, expressions of different opinions, but this is what we came to today. At the insistence of journalists on what will happen to restaurants and cafes in Belgrade, Kon reiterated that this would be discussed on Friday.

"For now, there is no shortening of working hours, and we will see later," Kon said, adding that "an hour or two does not solve the problem, the main issue is respect for measures that are difficult to achieve."

"There was talk of shortening working hours, but it was considered that it was far more important to conduct strict control than to shorten during the week," he said and explained that we have a ban on gatherings and that people still gather.

According to him, the medical part of the Crisis Staff is of the opinion that everything should be closed, that literally nothing should work, but that would be impossible to implement. I said that, but it was not an option for discussion, Kon said.

He also said that schools were discussed, as well as that it was ordered to strengthen supervision in each school, and the rule was that if two cases of coronavirus appeared in the same class, they would switch to online classes for that class, but that is the responsibility of schools and they do it. "For now, there is not enough data to switch to online teaching, that was a proposal, but it is a joint decision to wait and see what further data for schools will be," Kon said.

Asked to comment on the statement of the director of the COVID Hospital in Batajnica that the December scenario awaits us, Dr Kon said that he heard it and that the Crisis Staff is trying to prevent it. But it's not easy at all, because it's not just one thing.