BELGRADE -- Long-term head of the Sector for Emergency Situations and Assistant Minister of the Interior, Predrag Marić, died of coronavirus last night, the media write.

BELGRADE -- Long-term head of the Sector for Emergency Situations and Assistant Minister of the Interior, Predrag Marić, died of coronavirus last night, the media write. 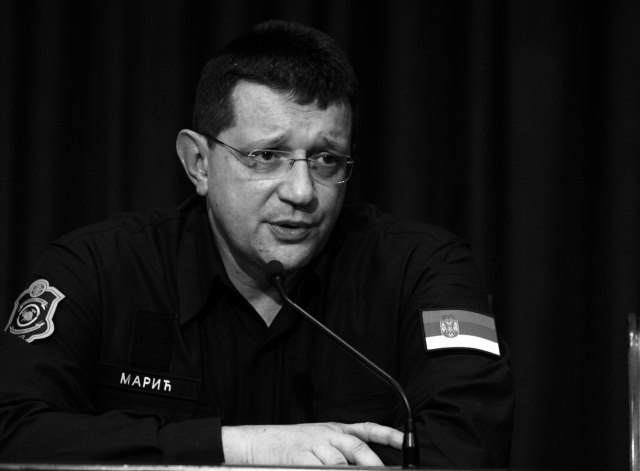 The presence of coronavirus was confirmed in December last year. After a few days of stabilized health, his clinical picture has worsened in the last three or four days, which is why he was resuscitated several times on Friday and Saturday.

Marić was diagnosed with the coronavirus on December 28. Apart from the temperature, he did not have any problems, but he was still referred to a scanner on which the initial pneumonia was diagnosed.

Predrag Marić was born in 1964 in Smederevo, where he finished primary and secondary school. He graduated from the Faculty of Law in Belgrade in 1990. At the same faculty, in 2009, he completed specialist studies "Terrorism, Organized Crime and Corruption".

He started working in the Ministry of Internal Affairs of the Republic of Serbia in 1990, in the then Directorate for Fire and Preventive Technical Protection. During 2003, he was assigned to the position of Head of the Inspection Department in the then Fire Police Directorate.

At the Government session on March 8, 2012, his mandate was extended for an additional five years.

He was awarded Medal of the National Order of Special Merit in the rank of Knight of the French State for special contribution in the construction of the protection and rescue system and the Sector for Emergency Situations itself. By the decree of the President of the Republic of Serbia, for his dedication to work, he was awarded the gold medal for zealous service in 2011. The prestigious "Best Belgrader" award was presented to him in 2009. He won the First Prize on the occasion of the Day of the Ministry of the Interior in 2004 for the achieved results in his work. He is the author of the books "Terrorism and Organized Crime", "Emergency Management" and "Traffic of Explosive Substances", as well as the manual "Administrative-Inspection Supervision in the Field of Fire Protection".

He has published a large number of professional papers and articles in the field of emergency situations. He has been lecturing at the Criminal Police Academy in Belgrade on the subject of Prevention and Suppression of Fires, Accidents and Explosions since 2010, RTS reported.