BERLIN -- In the fight against the spread of a new strain of coronavirus, German Chancellor Angela Merkel demands the reintroduction of border controls, as in the spring.

BERLIN -- In the fight against the spread of a new strain of coronavirus, German Chancellor Angela Merkel demands the reintroduction of border controls, as in the spring. 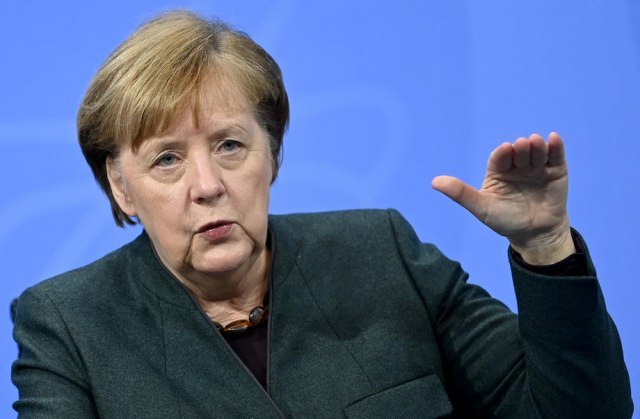 EU heads of state and government should consider further steps in the fight against the pandemic tonight.

Germany, like several other countries, has extended the lockout measure and advises other members of the Union.

If the other members do not "listen" to that, Germany, as she announced, plans to reintroduce controls on its borders.

"If countries want to go the other way, then we will have to reintroduce border controls," she said. According to her, measures in Germany can be effective only if there are similar measures in other countries.

On the other hand, the head of German diplomacy, Heiko Maas, declared himself against border controls.

"I think we must do everything we can to prevent the reintroduction of controls at the borders leading to the 50-kilometer-long columns," Maas told the ARD public service.

He pointed out that practical issues are being discussed at the EU summit, such as how to test tens of thousands of cross-border workers for the virus, and how to prevent the infection from being imported across the border.

He said it was possible to find a reasonable solution without introducing border controls.