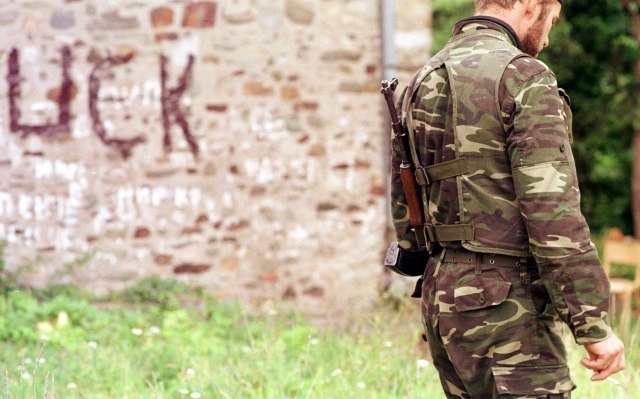 The main thing is to see from the report that there are witnesses, even though the material evidence was destroyed, Serbian Assembly Committee on Kosovo and Metohija Chair, Milovan Drecun, told Sputnik.

The UNMIK report, which Sputnik had access to, pointed out that it was based on the testimony of eight KLA members from Kosovo and Montenegro, four of whom participated in the transport of at least 90 ethnic Serbs to illegal prisons in Albania.

Three witnesses delivered the detainees to a house-clinic south of Burel, and two witnesses claim to have participated in the transport of body parts and organs to Rinas Airport near Tirana. None of them attended "medical" procedures.

Drecun, who is also a member of the Working Group for gathering facts and evidence in shedding light on the crimes committed against the Serbian and non-Albanian people in Kosovo and Metohija, reminds that material evidence about the "yellow house" was destroyed in the Hague Tribunal because there was no place for archiving.

"The documentation of the Hague Tribunal is now available to the Specialized Prosecutor's Office, but there is no physical or material evidence, except for photo documentation and reports made by investigators. Apart from that report, we did not have much more to send them about the 'yellow house'," Drecun said.

According to him, the most important of the documents is the report from the meeting of the then investigators of the Hague Tribunal and UNMIK representatives in charge of human rights, where they talk about witnesses and quote them literally.

"I think that's the key thing, because these witnesses, and there are several of them and they are listed under numbers, confirm the allegations from Dick Marty's report. At one point, that report was available to the public, but magically disappeared. What did the Specialized Prosecution do on this issue, we are not aware, because they will not talk about it. I have to say that I did not come across any special interest in the 'yellow house' case in contacting us, so I don't know if they did anything about it”, Drecun says.

He notes that the indictment filed against Hashim Thaci, who was named in Dick Marty's report as being in charge of organ trafficking, does not mention the "yellow house" at all.

"They are talking about two illegal prisons on the territory of Albania, but in relation to them, they are only talking about torture and inhumane treatment. Whether the 'yellow house' will be brought under that, remains to be seen," Drecun emphasizes.

According to the UNMIK report, a team of their investigators and forensic experts was on the spot in the "yellow house" near Burel in the north of Albania, and that they collected certain evidence that was important for further investigation.

That evidence was deposited in the premises of the Office for Missing Persons in Rahovec / Orahovac - and every trace of it is lost there. But one thing is clear: regardless of the explicit request of the Serbian side that this evidence be kept in a reliable place, the reasons for that have irretrievably disappeared, states "Russian Express", which published these documents in order to shed light on the truth.