BELGRADE -- Outgoing Congressman Engel is trying to put the issue of Kosovo and Metohija on the agenda of new Biden administration, former diplomat Zoran Milivojevic said.

BELGRADE -- Outgoing Congressman Engel is trying to put the issue of Kosovo and Metohija on the agenda of new Biden administration, former diplomat Zoran Milivojevic said. 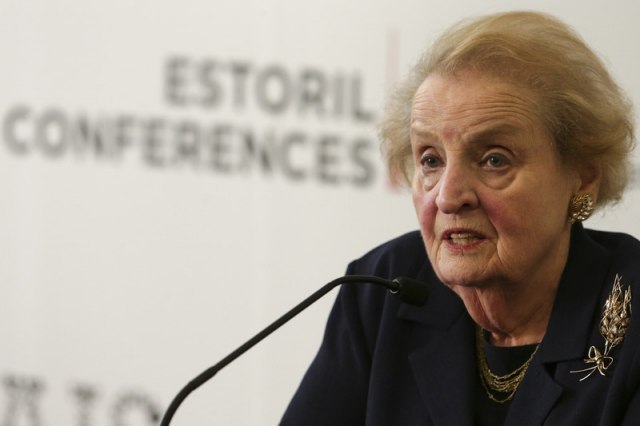 According to him, this is an attempt to reaffirm the policy of previous democratic administrations in the United States on this issue.

Milivojevic told Tanjug on the eve of the session of the Committee on Foreign Affairs of the House of Representatives of the US Congress, chaired by Engel, who said at the session that Kosovo is independent and that Serbia will not enter the EU until it recognizes it, that the session is an attempt to reaffirm the politics of the time of Bill Clinton and Barack Obama, bearing in mind that the newly elected American President Joseph Biden is already advocating for the continuity of that policy.

"They want to do it in a very sensitive moment related to the future of Kosovo and Metohija, when the project has proved unsuccessful for many years, when a court has started working where the KLA and the top of the political elite in Pristina are practically on the agenda, who so far had the support of the American administration, when the EU is not able to conduct this dialogue in a way that would give results...", explains Milivojevic.

He claims that the policy of the future Biden administration should play a key role, and this is now an effort to reiterate that policy, to reaffirm the past positions and to confirm the determination of the American administration for the independence of Kosovo and Metohija.

"The goal is to give a certain dynamics and for the issue of Kosovo and Metohija not to be exactly part of the central priorities of the United States, but to be somewhere right after them in the new administration," Milivojevic estimates. When it comes to the people who spoke at the session, such as Madeleine Albright, Daniel Serwer, he says that it sends a message that it is about representing that energetic policy of the United States and confirming the statehood of Kosovo and Metohija at any cost.

"On the other hand, this choice shows in which directions we can expect the future administration to act. In that sense, the conclusions will certainly have a certain weight, especially since it is about democrats and the structure that returns to power, and it is about individual influence on American politics", Milivojevic explains.

When it comes to the presence of Daniel Serwer and Janusz Bugajski at that session, Milivojevic says that they are well-known, active Albanian lobbyists, who send messages in favor of Kosovo's independence and that Serbia will face such a fact in the coming period and resolve issues in the region in a way that is in line with Western strategic and national interests.

"When I say that, I have in mind the Serbian corps, not only Serbia as a state, but also the Republika Srpska and Bosnia-Herzegovina. So that the two remaining issues are resolved in a way that is in line with Western strategic interests during the Biden administration and that the process of including the region in the western sphere of interest is completed, which includes the enlargement of NATO", claims Milivojević.

Asked whether it is common at this time to convene such a session when a new government has not yet been formed in the United States, Milivojevic answered negatively, but said that the reason lay in the behavior of the outgoing Trump administration, which in some way modified earlier policy and continuity which existed during the time of Clinton, Bush Jr. and Obama, and which also proclaimed the independence of Kosovo.

"The administrations before Trump insisted on that and created a strategic environment for what this region should look like. Trump in some way modified it and made some corrections, not in the essential sense to give up the recognition of Kosovo and Metohija, but at the level of real politics and changes at the global level, and in the region, but also the impossibility to confirm Kosovo's independence at any cost, while ignoring the interest of Serbia", Milivojevic explains.

That is why, he adds, the American Democrats, but above all the Albanian lobby, decided on such an action, using the opportunity to have their people in places that are important for this issue. "To make it known in advance what the position of both the Democrats and the future administration should be, and not to go out of the field of view of the new administration, having in mind the problems in the United States and the needs of the new administration to dedicate itself to that and global relations", Milivojevic thinks.

He reminds that this in a way relies on two documents, which the pre-election team of Biden's campaign announced during the presidential campaign, and related to Kosovo and Metohija and Bosnia-Herzegovina.

"When they wanted to call on their voters and act contrary to the Serbian corps in the United States, which was for Trump, they clearly indicated foreign policy goals and made it known that politics should not change and that the old policy before Trump should be returned and put in the foreground those goals for which the Obama administration and the Democrats once decided in the 1990s", claims Milivojević.

I think, he says, that this is the reason for holding this session of the Committee, that is, to make it known what the position should be, so as not to give the impression that what the Trump administration tried to impose as solution concept will survive after Trump's leaving the position of US President. What Trump offered was to give up that firm position of recognizing Kosovo at any cost and to accept new regional relations, new Serbian borders without Kosovo and Metohija and the entry of the entire region into the Western sphere of interest, including NATO enlargement.

He says that Belgrade is aware and counts on the fact that there will be a return to the old policy, as well as that the Biden administration will have in mind the earlier policy of the Democrats and the attitudes of that policy, and that Serbia is not surprised.

"What is clear is that, first, it is not possible today to impose a solution and implement the policy of the done deal, as the Albanian lobby in the United States wants. The circumstances are different. It is impossible to do that without Serbia. Serbia has no reason to change its principled views on Kosovo and Metohija, based on the principles of international law", Milivojević concluded.