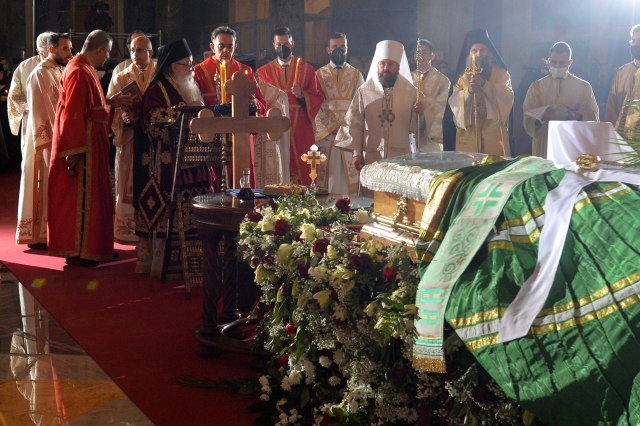 A liturgy was served in the central part of the temple, where the body of Patriarch Irinej was exhibited. The head of the Serbian Orthodox Church in Bosnia, Hristozom, served the liturgy, which was attended by the bishops and 16 priests.

The body of the 45th head of the Serbian Orthodox Church, Patriarch Irinej, was lowered into the tomb in the crypt of the Temple of Saint Sava, built during his lifetime.

He is the first Serbian patriarch to rest in that place, and it is planned that other patriarchs will be buried in the Temple of Saint Sava in the future.