BELGRADE -- Epidemiologist Predrag Kon says that the medical staff members insisted that it was not possible to finish the meeting without proposing rigorous measures.

BELGRADE -- Epidemiologist Predrag Kon says that the medical staff members insisted that it was not possible to finish the meeting without proposing rigorous measures. 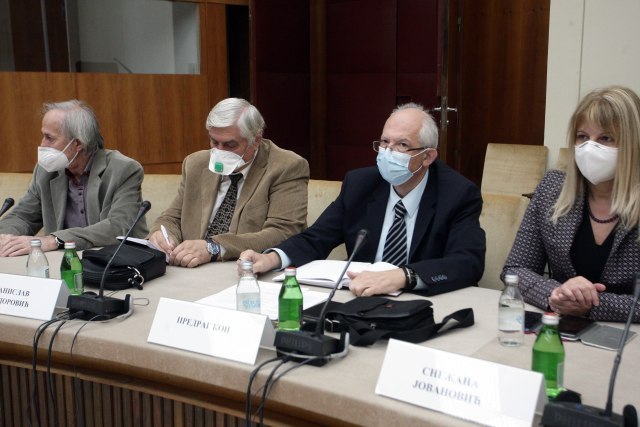 He stated that the medical staff members compiled the proposal and submitted it to the Prime Minister.

"I expect that it will be officially announced tomorrow," Kon noted, refusing to talk about the new measures in advance, but stated that they are more rigorous than those in force.

A member of the Crisis Staff estimates that it can hardly happen that the Government does not accept the new recommendations.

On the occasion of the death of Patriarch Irinej and the funeral announced for Sunday, Kon stated that the measures are in force, including a ban on gathering of more than five people, but at the same time it is clear that every believer feels the need to see his patriarch off.

"What I have to say is that the big risk in this situation is the farewell and the funeral itself. It is my duty. On the other hand, all those who feel such need, I beg you to protect yourselves, to take care of distance, to avoid any possibility of infection", Kon said.

Officially, that gathering is not acceptable epidemiologically in this situation, Kon pointed out, but on the other hand, as he added, it is something that no one can ban.

Kon warns that more than 2.000 new cases are discovered in Belgrade every day, and practically 20.000 appear every day.

"That is 10 times more than what we are registering," Kon emphasized.

"I would especially ask the elderly and those who are especially sensitive not to expose themselves to the risk by coming to the funeral," Kon concluded.