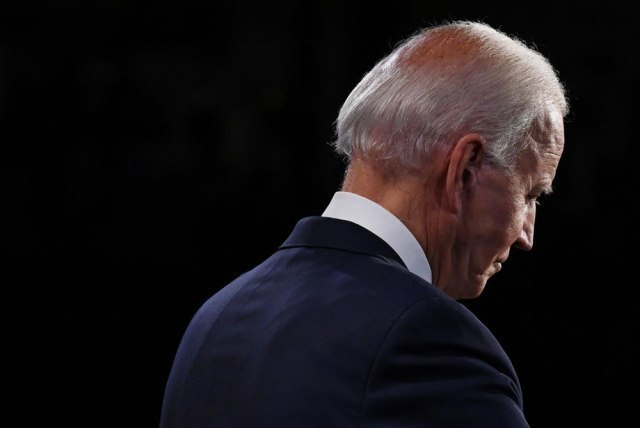 The current situation is as follows... Most independent and "independent" media have declared Biden either the winner or a certain winner in key states - Michigan, Wisconsin and Arizona - which brings his total to 264.

To make things even better for him, according to those sources, Biden leads on the last big "battlefield" - Nevada. This state, you guessed right, carries exactly 6 votes. Just what he needs for the final victory. Interesting, isn\'t it?!

Trump claims to have won more or less everywhere, calls for vote theft and threatens lawyers, while the media write that his advantage is rapidly melting in Georgia and Pennsylvania.

This will take time.

This @mcsoaz team just arrived in full tactical gear, got a look at the crowd. Could be planning to make a move on demonstrators outside. pic.twitter.com/TCbKcXRNju

Democratic candidate Joe Biden\'s advantage over current US President Donald Trump in Arizona is diminishing. According to the report, the result of the presidential elections held on Tuesday is close in two other key states, Georgia and Pennsylvania. The largest district in Arizona, Maricopa County, announced new results, according to which Biden has 912.585 votes, and Trump 838.071. Previously, Biden had an advantage of just over 85.000 votes. In that district, the counting of votes was interrupted after the officials were forced to close the office in Phoenix due to the protest of Trump\'s supporters.

Trump\'s campaign filed lawsuits in Pennsylvania, Michigan and Georgia over the vote count.

A look at the growing crowd of hundreds of protesters and Trump supporters outside the Maricopa County Elections Center.

Sheriff’s deputies moved us media back inside for safety concerns. #azfamily #arizona pic.twitter.com/tFYb1cscdw