BELGRADE -- Before the weekend, there were practically 10.000 contagious on the streets in Belgrade, Dr Predrag Kon said in the show "150 minutes".

BELGRADE -- Before the weekend, there were practically 10.000 contagious on the streets in Belgrade, Dr Predrag Kon said in the show "150 minutes". 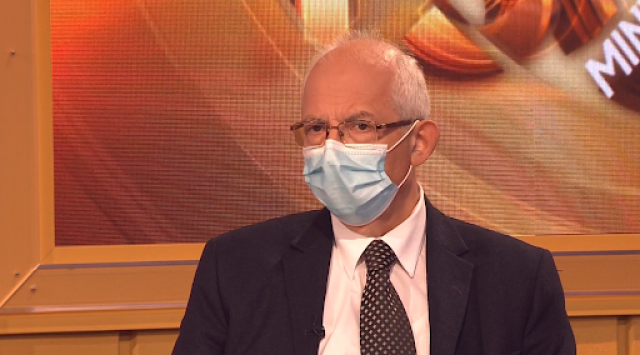 "It should be said that Belgrade had 980 positives in one day, today there will be lower numbers. If we had 980 on Friday, I told Belgrade that it could reach 2.000. Before the weekend there were practically 10.000 contagious people on the street and in in such a situation, it is better to stay at home ", Dr Predrag Kon said.

According to him, there is currently no legal framework for the adoption of emergency measures, but isolation and house quarantine should be controlled.

"Since March, I have been saying that it was possible in a state of emergency and that it was important, because it enabled us to act efficiently," Kon explains.

"We switched to mass testing back in April, then it was hard and we waited. We are not better than we are - we can't be better starting from a scratch, but it is a great success to what extent the laboratory capacities have expanded", he adds.

According to him, again, someone thinks that the Crisis Staff is responsible for the growing number of infected people, but that this is not true and that it is grotesque.

"We were not capable of doing so and no one listened to us," he says.

When asked how he comments on the changes to the Law on Protection of Citizens from Infectious Diseases, which implies that the communal police will control the implementation of measures, Kon states that he is not interested in that.

"As a doctor, I am not interested in that law. I am interested in treating separately the terms such as: house isolation, house quarantine, isolation in collective accommodation. All these are restrictions on movement and touch on the most basic human rights and that is why it is a question for lawyers. I was involved in writing the law in 2004. The law does not come from the Crisis Staff", he explains.

"We from the medical part have a habit of meeting in advance, prior to the Crisis Staff meeting. It is interesting how people see the Crisis Staff as a central place for decision-making, even someone calls it a phantom group," Dr Predrag Kon concluded.