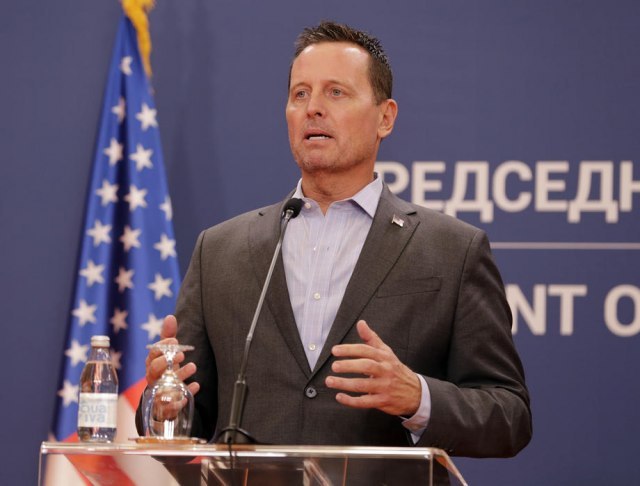 Grenell held the meeting in order to try to ensure the peaceful descent of Maduro from power, but no agreement was reached, according to the sources.

Another source claims that the meeting in the capital of Mexico was not organized by the State Department, and added that it is not known how it was done, as well as that no new talks are planned, Reuters reports.

Sources argue that the meeting had an effect.

One source, namely, claims that Maduro's associate showed a certain interest in finding a solution, but that he indicated that he did not intend to wait for the outcome of the American presidential elections.

Another source claims that it is possible that this meeting sent a message about the "despair of the USA", which will only encourage Maduro to consolidate his power.

Reuters reminds that the special envoy of the US President for the dialogue between Belgrade and Pristina, Richard Grenell, was involved in reaching a recent agreement on the normalization of economic relations between the two sides, but is not known for his significant role in Venezuelan politics and other issues in Latin America.

The State Department and the White House did not comment on these allegations.

U.S. officials unofficially say that Donald Trump has become extremely frustrated by the failure of his policy to replace Venezuelan President Nicolas Maduro. In the run-up to the upcoming presidential election, Trump is striving to achieve success in foreign policy that he could use in the final phase of the campaign. Grenell is, by the way, a senior adviser in Trump's election campaign.

Nicolás Maduro is not recognized by most Western countries as the legitimate president of Venezuela, and he is supported by the country's army, as well as Russia, China, Cuba and Iran.