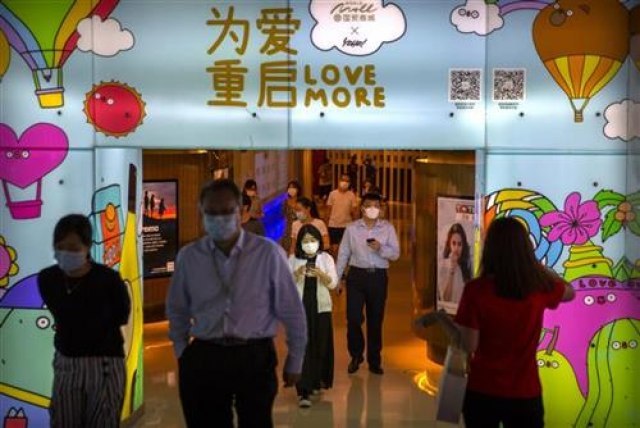 This is exactly what CNN tried to find in its analysis.

China, from which the pandemic started, is recording the fastest recovery from the coronavirus.

However, for many in Europe, China's approach to the coronavirus pandemic means closing countries and cities for 76 days, as happened in Wuhan, China, where the first cases of the infection were discovered last year.

Other parts of China, for example, have never imposed such strict restrictions, even in the early stages of a pandemic. China's success in controlling the coronavirus is therefore not the result of those early control measures such as lockdown, but the country's approach to resolving things after allowing people to move again, CNN writes, and the Klix.ba portal reports.

In particular, China's ability to monitor cases of infection across the country, wherever there is the slightest chance of a new cluster, has enabled the government to react quickly and bring the local spread of the infection under control.

This approach has included a sophisticated system of health codes for tracking people's movements. Many Chinese companies need a clear green health bill and an appropriate QR code, which confirms that the person is healthy and safe, which makes it easier to monitor the virus.

These measures have allowed regional governments to introduce lockdowns only in certain areas or to conduct mass surveys as needed. It happened recently in the city of Qingdao in northeastern China, where more than 10 million people were tested in approximately seven days, after 12 cases of virus transmission among the local population were recorded.

The borders between Chinese regions and provinces are now being monitored more than ever, so that public transportation could be limited or completely suspended in the event of a virus outbreak.

Entry into China via maritime borders is also very limited, and passengers are prescribed a strict 14-day quarantine when entering the country.

Resistance to the virus was also helped by the discipline of the residents in wearing masks and maintaining public hygiene, while the Chinese authorities strictly monitored non-compliance with epidemiological measures.

China's approach to tackling the pandemic has proven to be good in other Asian countries, including Hong Kong, Taiwan, South Korea and Japan.

East Asia suffered from the epidemic of severe acute respiratory syndrome (SARS) in 2003, which taught the authorities and the population in this part of the world strict precautions.

On the other hand, in parts of Europe and other Western countries, especially in the United States, wearing masks remains a controversial issue even today, a few months after this measure proved effective.

Unlike other countries, Asian governments had established epidemiological plans to combat potential epidemics and did not have to bother to put together a new plan.

However, while China has been the target of criticism for the coronavirus outbreak in Wuhan, and even recognized as a national threat, China's response to the pandemic was swift and decisive, unlike what we can see in Europe and the United States.