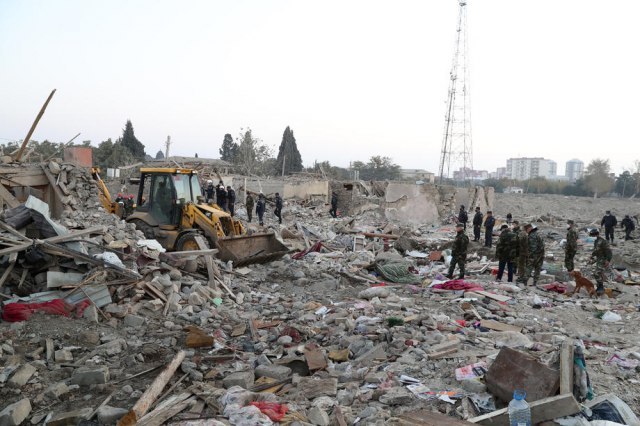 The truce will be in force from midnight on October 18, RIA Novosti writes.

This was stated by the spokesman of the President of Nagorno-Karabakh, Vagram Pogosyan.

"Armenia and Azerbaijan have agreed on a humanitarian truce starting at 18:00 local time on October 18," the Armenian ministry said.

Earlier today, the two neighboring countries accused each other of violating the agreement reached a week ago in Moscow with the mediation of Russia on a truce in the most difficult conflicts in the South Caucasus since the 1990s.

Russian Foreign Minister Sergei Lavrov, who mediated in reaching an agreement a week ago, spoke today with his Armenian and Azerbaijani counterparts, to whom he conveyed that the armistice must be respected.

The Ministry of Foreign Affairs of Nagorno-Karabakh also expressed readiness to respect the ceasefire.

Lavrov spoke with the Azerbaijani and Armenian ministers

Russian Foreign Minister Sergei Lavrov spoke by phone today with his Armenian and Azerbaijani counterparts Zohrab Mnazakanyan and Jehun Bayramov about the development of the situation in Nagorno-Karabakh.

The talks focused on the need to urgently respect the ceasefire agreement in Nagorno-Karabakh, the Russian Ministry of Foreign Affairs announced.

The ministers confirmed the importance of the agreement reached in Moscow for the start of substantive negotiations in order to reach a peace solution as soon as possible, based on the principles of the OSCE Minsk Group (Russia, USA and France), TASS reports.