PODGORICA -- The leader of DPS, Milo Djukanović, addressed the citizens shortly after midnight.

PODGORICA -- The leader of DPS, Milo Djukanović, addressed the citizens shortly after midnight. 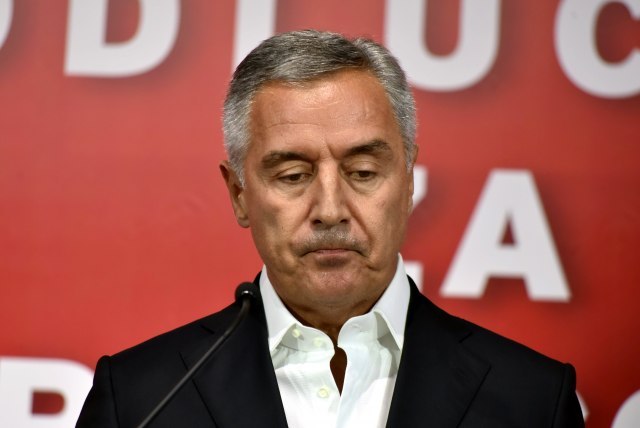 He announced that DPS, based on the results of the parliamentary elections of 90 percent of the counted votes, has 30 mandates, and with traditional partners, has 40- one less than needed for majority.

However, he says that „the fight for majority is still going on“, although it is clear that, apart from the number of mandates, he is one step away from defeat and cohabitation, despite the fact that DPS, as he says, remains the strongest party in Montenegro.

Based on 145.000 counted votes, DPS won 30 mandates in the Parliament of Montenegro, said Djukanović and added that with traditional partners they have 40 mandates.

He added that results were still not definite and that in that moment was hard to say what the reliable information was.

„The fight for the majority of seats is still going on. We will wait for the official results of SEC and see what out final result is“, said Djukanović.

He pointed out that if the results show that some other parties have more support, the DPS will respect that.