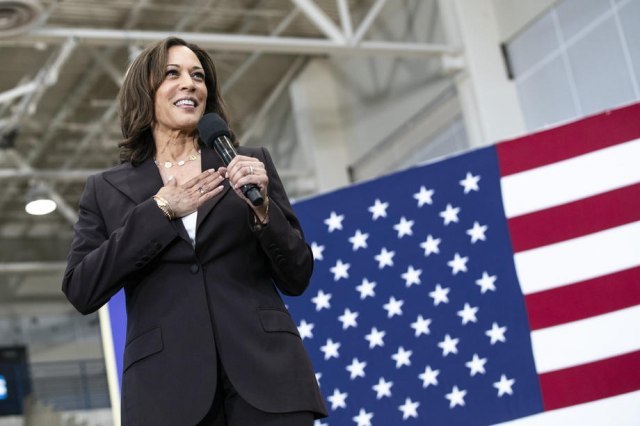 She was nominated by Democratic Party presidential candidate Joe Biden as a candidate for vice president of the United States.

She is the fourth woman to face party's candidacy. The previous three lost their race, two as vice presidential candidates, and Hillary Clinton as Donald Trump's rival.

Kamala Harris herself ran for the Democratic Party's presidential nomination before supporting Biden.

When she was elected to the Senate in 2016, she was only the second African-American senator in the history of the upper house of the American Congress.

Before she was elected senator, she was the Chief State Prosecutor of California, according to the Voice of America.

Harris reacted on Twitter and stated that she was honored to be nominated and that Joe Biden will be able to unite Americans.

KP is known for sharp issues, especially during the hearing on the confirmation of Bret Cavanaugh's candidacy for a judge of the Supreme Court.

Her candidacy for vice president could contribute to a greater turnout of African-American voters - who are the most loyal electorate of the Democratic Party, Reuters reports.

She is known for her strong standpoints, especially during the hearing on the confirmation of Brett Kavanaugh's nomination for the Supreme Court judge.

US President Donald Trump stated that he was surprised that his opponent Joe Biden chose Kamala Harris as his candidate for vice president because, as he says, she was very bad towards Biden himself during the debates.

Trump said that Harris was "very, very unpleasant" towards Biden during the internal party elections of Democrats, Reuters reports.

As he says, one of the reasons that surprises him is that she was probably rancorous, treating Biden with disrespect.