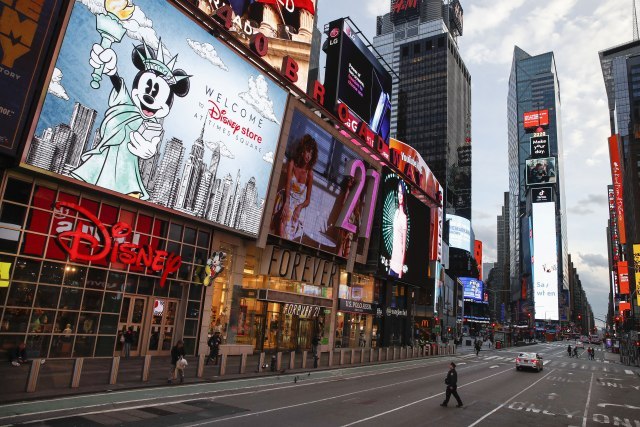 It's 2022 and the coronavirus is finally defeated; after a year and a half of misery and changing quarantine and new outbreaks, life is finally starting to return to normal. This is how the "New York Times" begins the text in which it tries to find out what life might look like in 2022, since the world has come to terms with the pandemic.

A return to normal, however, will not mean a return to the old. It will be a new world, with new economic rules and a recession that will change the order of things for entire future generations. Companies are failing, universities are closing, cinemas and cruisers are disappearing, Sputnik reports.

Thousands of companies and shops that were vulnerable before the virus arrived, have disappeared by 2022. Dozens of universities are closed, and people socialize differently.

The future is, of course, completely uncertain and there is no way to predict it with exact precision, but the current pandemic increasingly acts as an event that will define an entire era. Now, few can even imagine a great scenario, which could happen at best, as the virus continues to sweep the world in waves and so many countries around the world count new victims every day, tens, hundreds and thousands of them.

The thing that will certainly affect the severity and far-reaching consequences of a pandemic is the direction in which the virus itself is moving. If science brings a solution quickly and we defeat the virus by the end of this year, the changes in everyday life will probably not be permanent.

However, if the vaccine is not found in the coming years, the consequences of a pandemic in the long run can be very deep and far-reaching.

All industries based on interpersonal contact are seriously endangered.

Cruisers and theme parks, cinemas will disappear, and in the long run, the concept of traditional shops will probably be forgotten. Thousands of restaurants would be wiped off.

Will we work from home forever?

The scenario presented by the New York Times journalist is based on the assumption that the vaccine will arrive at some point in 2021. However, he mentions one important fact: many things will not change. History teaches us that - the financial crisis in 2008 did not break Wall Street, the first black president of America did not take this country to the era of racial reconciliation…

However, if the pandemic continues next year, it could surpass in the collective consciousness all the events of the previous few decades and take the position of, say, World War II - as an event that will occupy the attention of the whole world long after it is over and as one that changes the rhythm of everyday life.

Economists interviewed by New York Times journalists believe that companies with bad business models will suffer, even if they did well before the pandemic.

The victims will be the local media, which are already fighting for survival, as well as the traditional concept of shopping in stores, and the virus is also exacerbating all existing problems in the education systems and the functioning of universities.

Habits will certainly change for pupils, students and employees. Meetings may be held permanently through applications such as "Face Time", "Zoom" and "Google Myth". Some large companies in America have already told their employees that they will probably work from home forever, and business premises will, if that happens, lose their primary function.

After all, the greatest uncertainty awaits us on the political agenda. And the way in which politics will function will have the power to shape all other aspects of our lives, New York Times reports.