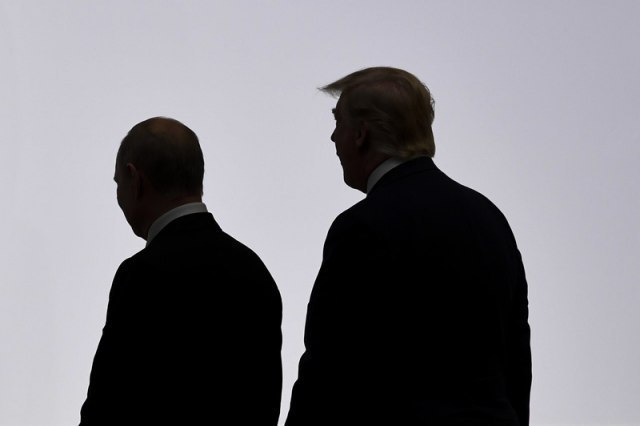 The recent message of that kind arrived on Monday, late in the afternoon, from the envoy of the US president, Richard Grenell - that he is looking forward to the meeting of the representatives of Belgrade and Pristina in the White House on June 27.

EU Envoy Miroslav Lajcak was supposed to start his mission of renewing the dialogue with a visit to Pristina yesterday, but it is currently postponed, for unknown reasons and until further notice.

As announced, French President Emmanuel Macron intends to invite the leaders of Belgrade and Pristina to Paris immediately after the political conditions are created and anti-pandemic measures are mitigated.

The news was confirmed by French Ambassador to Pristina Marie Christine-Butel, explaining that France has a partner, Germany, and "that a comprehensive, final and legally binding agreement must be reached under the leadership of the European Union, the content of which must be determined by both countries."

What is behind these initiatives from Washington, Brussels and Paris, and thus Berlin, on resetting the dialogue?

First of all, there is certainly a desire to show that without them there is no solution to the Kosovo problem, and thus not to give up the influence on the events in the Balkans. According to the initiatives that catch up with each other, one could almost get the impression that at this moment, the continuation of the dialogue is more important to Paris, Berlin, Brussels or Washington DC, than to Belgrade and Pristina.

The fact that so far, at least according to what could be heard, no one offers a solution that would bring the dialogue out of the deadlock, seems less important than demonstrating the influence of these world powers.

Unless it is a matter of some kind of joint pressure from the European Union on Belgrade, in which the United States does not participate for its own reasons and Trump's policy towards Europe.

On Monday, it was announced that the President of Serbia talked with the head of the Russian state, about many issues, and most of all about the issue of Kosovo and Metohija, especially, as it was announced, about what is happening on that issue on the international political scene.

Vucic once again thanked Putin for Russia's active support for Serbia's state and national interests, and for the principles of international law and justice.

As stated, Putin said that he would talk about it in private with President Vucic next week in Moscow, and stressed that Russia would support Serbia when it comes to Kosovo and Metohija, and that it was clear that no decision could be made without United Nations Security Council.

But, certainly in the first place - not without Serbia. These days, President Vucic said that Serbia will always have the strength to say "no" to what is contrary to its national and state interests.

Mutual recognition is not on the agenda: "There is no white flag," he told Reuters. And only a few days ago, he said that there is a significant disagreement within the, until recently monolithic, Western alliance on the issue of Kosovo and Metohija, but not regarding the essential nature of the solution, but in the fact who will lead the game.

He says that this is a very difficult position for Serbia and that is why he expects further pressures. And maybe that’s what’s just happening.