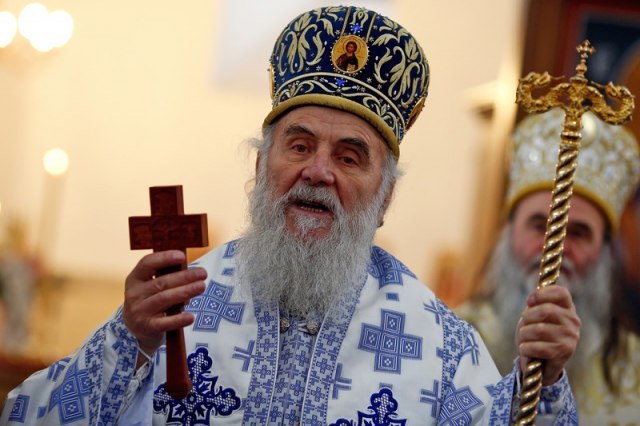 He appealed to Djukanovic to "consider his actions."

The Patriarch said that even during the Ottoman Empire and during communism, the authorities had much more respect for the Serbian Orthodox Church, "compared to today."

"The goal is to apply the Ustashas method, once used in Croatia to expel the Serbian people, we know in what way - by using a three-pronged anti-Serbian policy - one third to expel, another third to kill, and a remaining third to convert to Roman Catholicism, and thus to destroy and disable the Serbian Orthodox Church there". I am asking myself and everyone else if President Djukanovic has in mind his people and the situation that he has more or less created in Montenegro," the Patriarch said.

He stated that it has never happened in Orthodoxy that an atheist tries to create a church, stating that the President of Montenegro, Milo Djukanovic, is an atheist.

"I appeal and invite Djukanovic to think about what he is doing," Irinej pointed out.